As a preface to this list, I just want to say… Happy 200th Birthday Science Fiction! 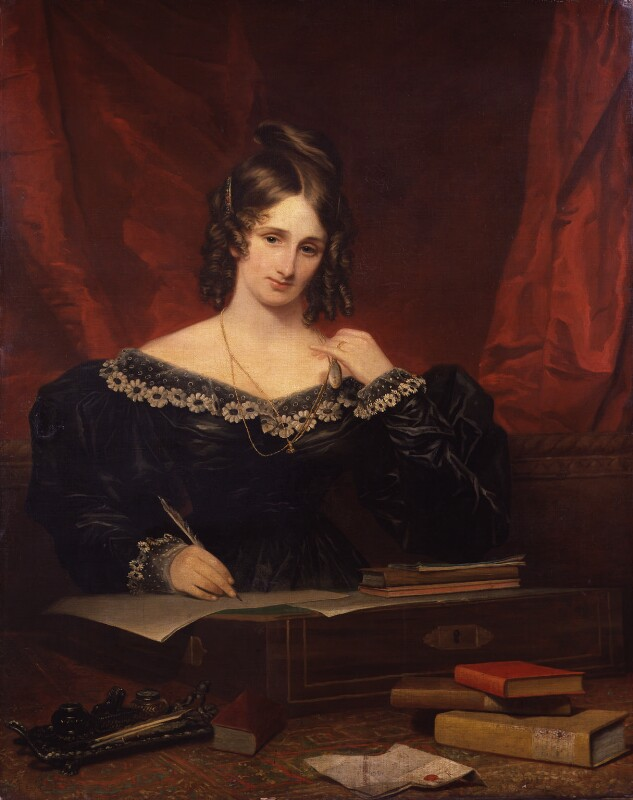 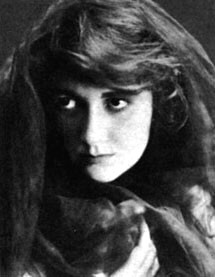 In the year that we celebrate the centenary of The Representation of the People Act, which gave some women the right to vote, there is another special anniversary. Two hundred years ago the first science fiction novel was published, anonymously. The initially mysterious author was Mary Shelly, who began writing the ground-breaking Frankenstein at the age of 18. Many of the main themes of the novel, such as monstrosity and the dangers of technology, are echoed throughout the characters featured in the following compilation of iconic women in science fiction movies. Without Shelly, the science fiction genre may not exist as we know it. In fact women have had a rather large and important impact on science fiction throughout the decades. You could say, at the very least, without the creation of Frankenstein, the following list would look rather different.

Mary Fuller was the same age as Mary Shelly was when she started working in theatre. She starred in many silent movies, including the first film adaptation of Frankenstein, by the Thomas Edison Film Company. Fuller plays Elizabeth, who is tragically killed on her wedding night by Frankenstein’s monster. With a run time of just 16 minutes, Elizabeth’s appearance is brief. To modern audiences the flat sets and early special effects, may make it hard to believe that many screens chose to censor, or not show the film at all, as it was considered too gruesome and horrifying.
​
Just as technological advances had an adverse effect on the lives of the characters in Frankenstein, Fuller struggled to cope with the level of fame that came when she traded the theatre for the silver screen. Following a series of nervous breakdowns Fuller retired from public life and spent the last 26 years of her life at St Elizabeth’s Psychiatric Hospital. 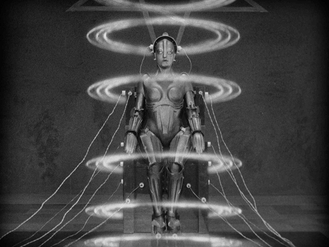 
Thea Von Harbou wrote the original story and subsequent screenplay for the German expressionist film Metropolis. She wrote the story specifically for her husband, Fritz Lang, to direct. At the time, Metropolis was the most expensive film ever made costing 5.3 million Reichsmarks. That's over 13 million pounds. The set, costumes and advanced special effects for 1927, made the film a first of a kind on so many levels.
Brigitte Helm, who was also 18 at the time of her involvement, played the part of both Maria and the Robot. With no former acting experience Helm reportedly was cast as Maria/ The Robot because her mother sent Lang a photograph of Helm, who literally looked the part, and was therefore invited to a casting call.

The city of Metropolis is powered by an underclass of labourers, while many of the city’s ruling class spend their time engaging in leisure activities with no idea of the conditions endured by the underclass. Maria leads a revolution of the workers and in an attempt to regain control Maria’s likeness is transferred to a robot to fool the revolting workers.

*Random Thought Alert* The procedure in the scene where the robot becomes animated, is similar to humans being ‘Upgraded’ to cybermen in Doctor Who. There is also an undeniable resemblance between the cybermen and the robot in metropolis, particularly with the headband/antenna. In German the robot is called ‘Maschinenmensch’ translating directly to ‘Machine Human’. Were the Cybermen inspired by this original Cyberwoman? 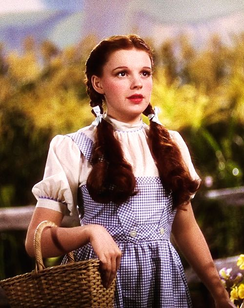 This feature length technicolour talkie must have felt like an attack on the senses for those that had experienced the silent shorts at the beginning of the 20th century. Judy Garland and her character of Dorothy are both iconic on and off the screen. Dorothy is a dreamer, her journey from initial isolation to becoming Princess of Oz by liberating her friends, helping them find courage, brains and heart, continues to capture the imagination of popular culture.

Originating in the Second World War the phrase ‘Friend of Dorothy’ was adopted by the gay community as an identifying code phrase. Garlands status as a camp icon is often attributed to her characters immediate acceptance of characters she encounters and the way Garland dealt with struggles in her personal life at the height of her fame. The cultural impact of the Wizrard of Oz has led to the film being listed on UNESCO’s Memory of the World Register. 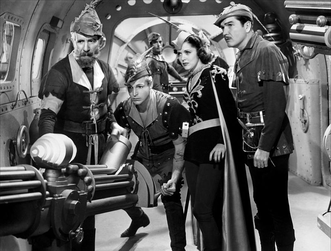 
I see Flash Gordon Conquer the Universe as the primitive ancestor of the Star Wars franchise. George Lucas has said that the character of Dale Arden provided inspiration for the characters of Princess Leia and Padmé Amidala. Simplified versions of Leia’s iconic slave outfit and Amidala’s royal robes can be found originally worn by Dale Arden throughout the Flash Gordan series.

The Character of Dale Arden is beautiful, but also independent and capable. Attributes that appealed to her one true love, Flash Gordon. 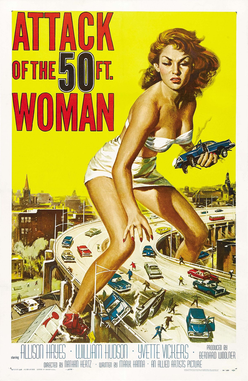 For some reason the 1950’s saw a plethora of films featuring growing or shrinking humans. The Attack of the 50 Foot Woman has been described by critics as one of the worst science fiction films of all time, despite this it is still considered to be ‘thoroughly enjoyable’.

Google’s favoured synopsis of the film is as follows: “Turned into a giantess by an alien, a woman (Allison Hayes) finds her husband (William Hudson) in a bar with a floozy (Yvette Vickers).” As ridiculous as the synopsis of the storyline sounds, I don’t actually think I’ve ever heard something that reflects the general feeling and fears of the general population of 1950’s America so concisely.

Much like the previous era’s Attack of the 50 Foot Woman, Barbarella is truly a product of its time. Some of the films charm might be lost on modern audiences. At first some of the hyper sexualisation and character interactions in the film, left me cringing behind a cushion. The film opens with its title character engaging in, what I can only describe as a space suit strip tease. It’s no surprise that Barbarella helped establish Jane Fonda’s Sex Symbol status. The skimpy fetishistic outfits and press scrutiny suggesting Jane Fonder had been exported as a sex symbol has led to the film being criticised as sexist. However beyond Barbarella’s boobs and a lot of space age gimmicks the plot of the film features empowerment, politics, a woman in charge of her sexuality, love, war and peace.

The designer, Paco Rabanne, designed many of Barbarella’s outfits in the film. Rabbane’s designs were considered futuristic, this vision of the future with dresses made of metal disks, has ironically become synonymous with the sixties era they were created in. The fashion in this film also heavily influenced Jean-Paul Gaultier’s designs for a 90’s film that features later in this list. 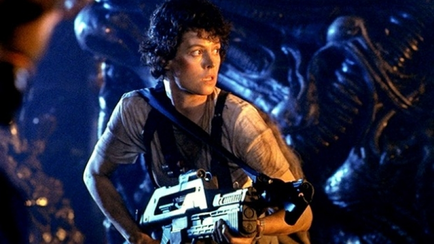 Alien was praised for challenging gender roles with its portrayal of a complex female character who is tough, intelligent, quick and trope breaking, what a difference a decade makes! A note made at the original casting call of the film reads "The crew is unisex and all parts are interchangeable for men or women". I’d say Ripley's ultimate casting choice was a good call because I can’t imagine this film without our Ellen.

The franchise's alien species live a bit like a colony of bee’s, one fertile queen breeds a colony of warriors, workers etc. So maybe I should have picked the Alien queen as an iconic candidate for this list. Although I just had a google and the Alien Queen wasn’t played by a woman. *Another random thought* Imagine if that revelation all went a bit too far and resulted in an Oscar’s boycott and campaign for a woman to play the female alien in a future Alien film. This results in a group of campaigners turning up to pre- production of the next Alien film, and if it looks like a bloke is getting in the suit, they would just scream “Get away from her you bitch!!!!” 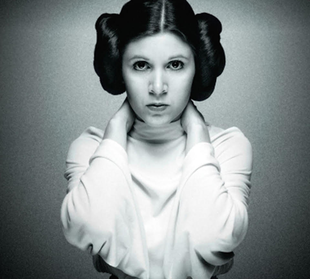 After graduating from uber-sexy Barbarella to Tomboy Ellen Ripley, the Sci Fi world was ripe for Carrie Fisher’s Princess Leia, proving that you can be a princess …and a rebel! Leia’s power comes from her political conviction and (pre- Brexit) that was sexy.

The adventure hero feminist icon’s look is so iconic it's inspired generations of cinnamon buns on the catwalk. Ironically in trying to find a look that “wasn’t fashion” Lucas created a fashion icon. The cinnamon bun hairstyle was inspired by turn of the hairstyles of turn of the century Mexican Pancho Villa revolutionary women. As previously mentioned several of the outfits were intentionally reminiscent of Flash Gordan’s Dale Arden. 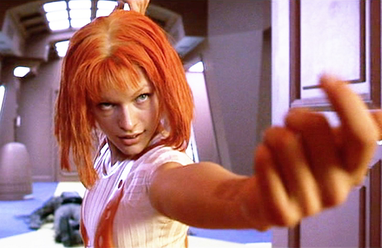 
Milla Jovovich plays earths saviour, Leeloo. She is the fifth element, a weapon created to save Earth from advancing evil, in female form. It’s the nineties and we’ve come 360 degrees in terms of the costume department. It’s easy to forget that it was liberating, and generically cool, to wear the Playboy brand as a fashion statement in this decade. This attitude is reflected in Jean Paul Gaultier’s Barbarella inspired costume design, for Leeloo. 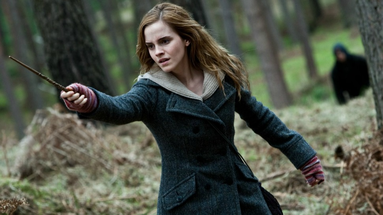 
It took me until The Prisoner of Azkaban to get over my secret embarrassment of the fact that I had been pronouncing Hermione wrong in my head (Hermy -own-ee) for seven books. It probably also took me that long to get over the fact that I’d related to the bushy haired character, but by the second film the uncontrollable barnet mentioned in the books had morphed into frizz free tonged curls and that was just unachievable for my muggle bush head. Anyways, despite this minor trauma, watching a decade of Emma Watson blossom on screen as her character turned from annoying, homework loving geek to one of Gryffindor’s bravest (despite that weird side boob vision Ron has in '...Deathly Hallows') was quite refreshing. 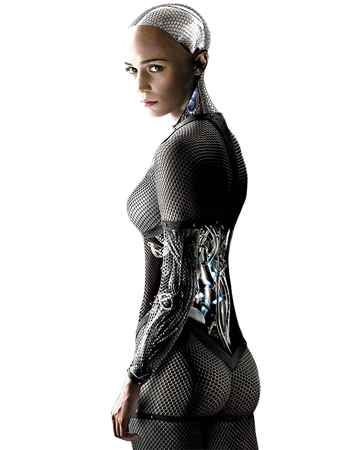 
We started this century of women in sci fi films with a robot, so it only seems fitting that we end with a robot.

Those fears about the rise of technology and its potential misuse or the possibility of it revolting against mankind have only escalated over the last 100 years. Ava the robot is subject to the Turing test with the robot subtly playing on her felinity and sexuality to take advantage of her human companions.


*Notes for the next list*
Although its great to see female stereotypes being broken and remoulded over a century of sci fi in film, what strikes me is this list is undeniably just a list of young white women. That doesn’t diminish from any of those performances, but here’s hoping to see sci fi on the silver screen catch up with representing women across a more reflective range of age, race, culture and class spectrums.