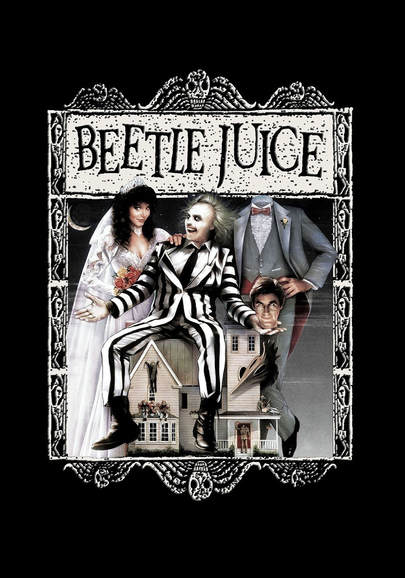 21st/ Daytime Horrors
Ok so a bit of a different pick for the 21st, 'day-time-horror-themed movies'! Maybe not as scary as most of my picks for Halloween but amazing films never the less with creepy undertones or classic, amazing Halloween characters:
The Nightmare before Christmas – Anyone who knows me knows I love this movie. A tale of Jack Skellington and his friends of Halloween town taking control of Christmas. I love this movie so much, such amazing animation with Tim Burton’s signature style.
Beetlejuce – Another Tim Burton movie! Michael Keaton nails Beetlejuice. A great film, that's again well supported with Tim Burton’s amazing style and vision.
Ghostbusters – Who you going to call? Great cast, amazing soundtrack and iconic characters everyone should have seen Ghostbusters at some point!
Goosebumps – 2015's goosebumps is great. I love Jack Black and he brings his A game to this movie. I also used to love reading Goosebumps as a youngster so watching them all come to life for this film was ace.

2014's 'Saw' is, in my opinion, a modern day horror classic. It's original, full of twists and spawns one of the coolest killers in horror; 'Jigsaw'. The first story takes place with two strangers waking up in a room together and having to play Jigsaw's sick and twisted games to survive. From the first film, we now have 7 'Saw' movies and a new Jigsaw movie out later this month. I enjoy them all and loved the days when I used to go the cinema for a new 'Saw' movie every Halloween! Long live Jigsaw! 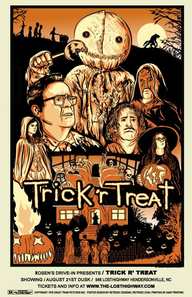 The 23rd day gives us another modern classic with 'Trick R Treat'.  This short but sweet Halloween movie follows 4 stories all based in the same town with one link in the middle; Sam. The creepy but cute lovable dude with his sack mask. This film has a very cool style and very appropriate Halloween feel to it, one of my personal top 10 horror movies of all time. 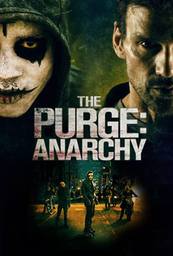 24th/ The Purge Anarchy ('Purge' Movies)
What a cool idea for a film. The government have put in place one night per year (“the purge”) where any form of crime, including murder, is legal. This is put in place so all frustrations can be let out on one night leaving the rest of the year peaceful and crime free. The first film follows one family who let in a stranger getting chased by a gang on the purge night. The film was great but I think this franchise picked it up with the next two additions. The first is more straight forward horror, like 'The Strangers' whereas the second and third take more of an action turn. I'd have to recommend the second as my favourite, Talk Nerdy recommendation. 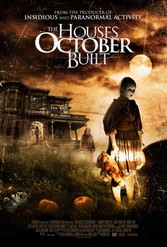 25th/ The Houses October Built
25th and we're getting closer to Halloween! Another very 'Halloween' themed and cool original idea, 'The Houses October Built'! I was recommended this by a friend only last year and love it! A group of Americans who love Halloween and horror tour the USA looking for the scariest and most extreme haunted houses they can, of course they push it too far and danger follows. This film is cool because even up to when things start to take a sinister turn, looking at the American Halloween culture and its haunts is interesting. Not forgetting to mention some great scares and creepy characters.