And there is a lot to like about this film. For starters, the cast. The people who really stood out for me were:

​Yi Jane as Stanlei
Yi does an extremely good job of looking like the unassuming hero. Not too unlike Sigourney Weaver as Ridley Scott in Alien. She shows a badass attitude early, but her character definitely feels like she is being pushed into taking charge.

Dirk Benedict as Jack Strange
You may know Dirk from the FUCKING A-TEAM and Battlestar Galactica, and certainly takes centre stage when we are lucky enough for him to grace our screen.

Brian Narelle as Professor Rosencrantz
A very unpredictable character who really bungles through the movie very well, showing the outlandish ridiculousness of the whole situation.

Damien Zachary as Zack
Possibly the best actor out the whole bunch. I think it helped that Zack almost knows he's in a movie, so it made it much easier to connect with him and made his reactions a lot more realistic and funny. 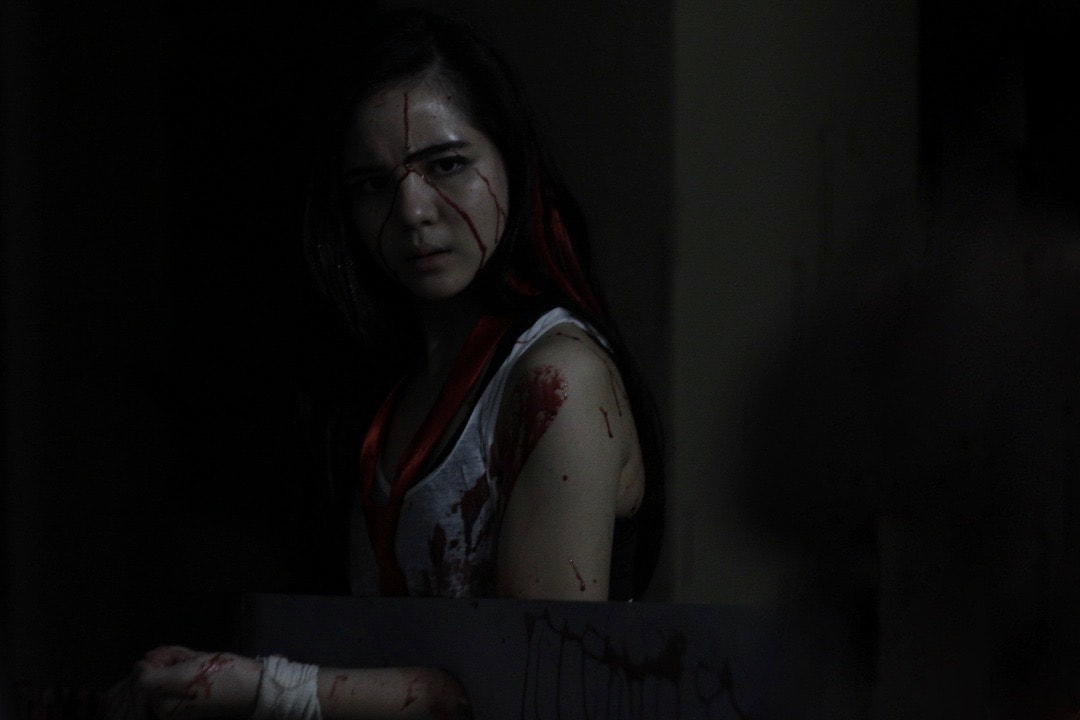 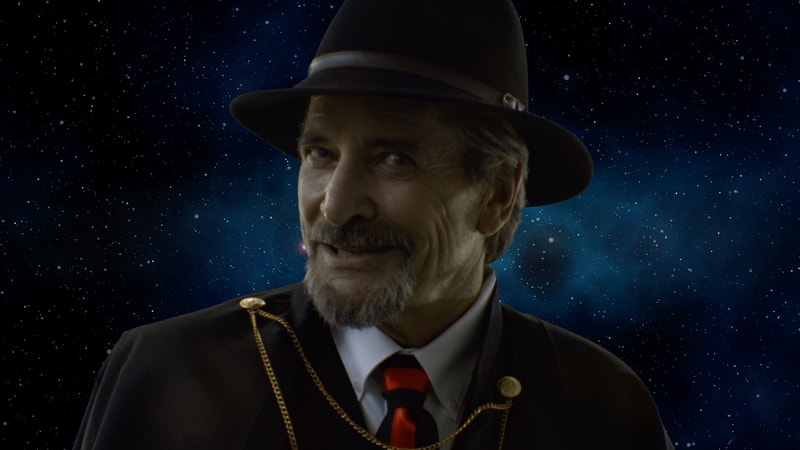 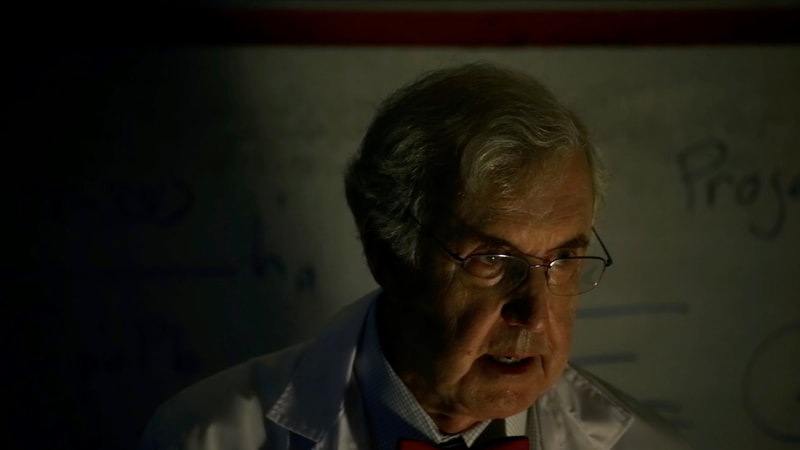 The dialogue between characters was great too. One of the most important things you have to fill time with in small budget movies is interesting conversation, you can't just do a Michael Bay and explode everything and hope for the best. The banter between Stanlei and Zack was great, in fact his interactions with everyone were very entertaining. Scott writes some very believeable high school spiel, that even though at times may seem a little dumb sounding or laborious, you have to realise any eye-rolls or cynicism you have for what they're saying says something more about what your attitude is to high schoolers than the script.

Another point to make is that, considering that this was shot on a shoe-string budget in Kuala Lumpur, it looks really good. If I'm honest, it looks like a lot of skate punk and pop punk videos from the early 2000's. From how the cast is dressed (Yi could be out of an Avril Lavigne video) and how they act, down to the filters used on the camera. This may not be for everyone but my clock is always set to 2005, and I loved it. It also clearly has larges traces of anime influences too.
I also think stuff was explained that didn't need explaining, leaving me expecting explanations for stuff that didn't come. Why do they use primal weapons? Where's the ship? If this is a practice run for the planet, how come they are struggling to kill 5 high school kids? The army is pretty tough in comparison. Is it this kind of thinking that is making so many people think they can take Area 51? I feel Scott should have left even more unsaid, and just let the audience fill in the blanks themselves. Now...my biggest issue...the Ninjas. 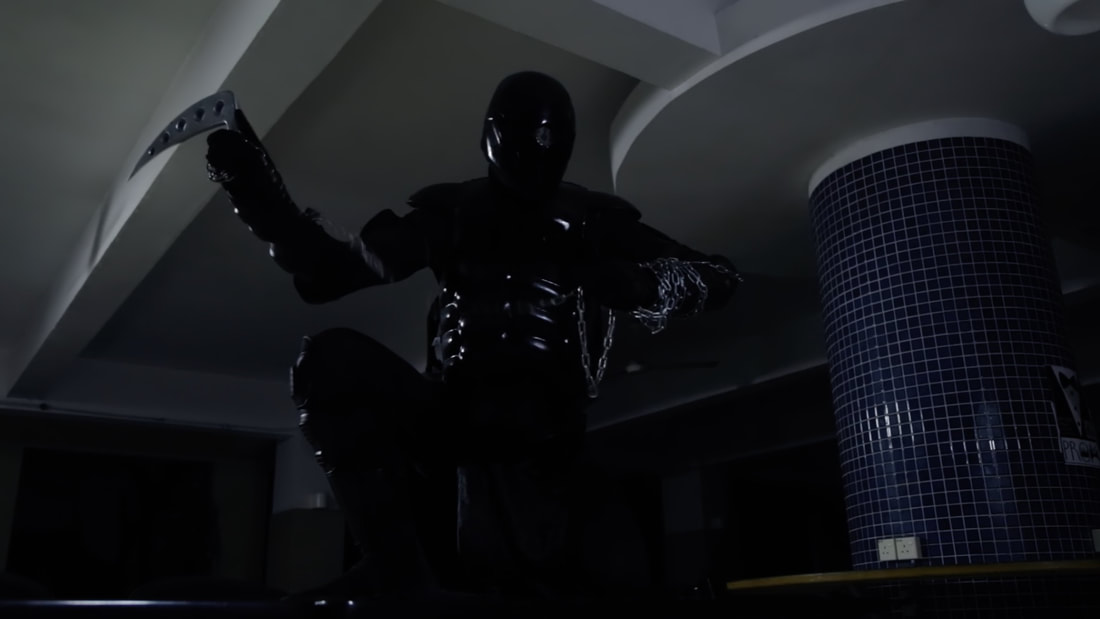 I just don't find Ninjas scary, threatening or even a menace. I think that's why I love Batman and Daredevil so much, as they have no REAL superpowers and they take out of armies of the things at a time. If a Ninja was to kill me it wouldn't be scary or terrifying because they're Ninjas. I'd be dead before I knew it. Ninjas from space may make some people elate with excitement at the idea of such an assassin, however I'm just not one of them, and I was just left a bit confused about how threatening these were meant to be. Some scenes made them out to be brutal killers not too unlike The Predator, other scenes made them look as threatening as a Stormtrooper getting his ass handed to him by an Ewok. But that's definitely just my opinion.

All in all, fans of B-movie horror comedies will love this. You have some brutal death scenes, plenty of blood and tension, all wrapped up with clever jokes and humour (I particularly liked the books used by Zack in the library scene. If you know, you know). So head over to Amazon Prime now to check out Scott McQuaid's SPACE NINJAS!

Send your films to be reviewed by JB and Gaz
talknerdyuk@gmail.com