My main issue with this film, is it's tone. I have no clue whether Zack wanted us to take it seriously or wanted it to be seen as goofy. When you have a similar opening credits to 'Zombieland' (funny imagery and music etc) but use that to tell a short, sad story (kind of like 'UP'), a short story that ends with characters making a choice that, I'm sorry, WOULDN'T happen, I'm left scratching my head. What's worse is, all the way through the film, I'm wishing we had seen that story told in full instead of this boring, predictable heist film.

The team of characters are all actually really likeable, funny and very watchable. Matthias Schweighofer, especially steals any scene he's in. So seeing how this team of people would have originally met up and formed during the fallout from a zombie outbreak in Vegas would have been interesting (yes, I know Matthias's character wouldn't be in that story, but he could easily have been written in). Instead we take them from outside the city, where they interact and entertain us, to them silently creeping around dark Vegas corridors, not speaking other than to give some exposition. Great. At least the zombies are entertaining and abundant, or are they? 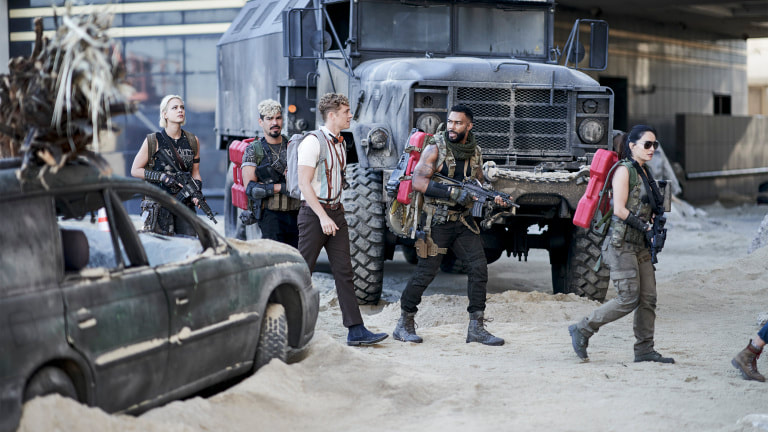 For a film about a city with an entire zombie population seiged within it, they were very inactive. We saw sleeping zombies, zombies scouting the grounds but with no intent to bite, zombies having some kind of large local council meeting, zombies holding hostages...it was really...not zombie-like. By the end of this I felt like I'd watched a film about really contagious cavemen, if I'm honest. 'Day of the Dead' has played with this before, with the idea that zombies can solve problems and learn to use weapons, which was interesting. 'Land of the Dead' also toyed with zombies tribalising, which wasn't as fun. What I'm saying is, that what Zack did in this wasn't original nor a tried and tested good way to go with zombies, and for some reason he did it anyway. I honestly think his portrayal of zombies, and how scary they are, can be summed up in the terrible CGI tiger. Yes, I see what you did. No, I'm not scared or moved in any way.

No, sorry! I did get moved. From sitting to standing up, shouting at my TV (it's on Netflix, if you're somehow still interested after reading this) at the various decisions people make in this film. Don't get me wrong, horror films and zombie films often have you going "Don't go in there!" and thinking "Well I wouldn't do that" but there are motivations of characters in this that make zero sense. Without going into spoilers, I'd say Ella Purnell's character makes the stupidest decisions in the film, constantly. Her logic is completely backwards and, for that reason, I found it really hard to believe what was happening on-screen. Remember, this film is tonally all over the place. It's not quite self aware to be taken with a pinch of salt, nor is it clever enough to be taken seriously. So you become a lot more critical of what's happening on-screen as you're trying to figure it out the tone for yourself. The motivation of another character is so bizarre that their actions make even less sense, and undoes the entire point of the movie. Without spoiling it, kind of like: 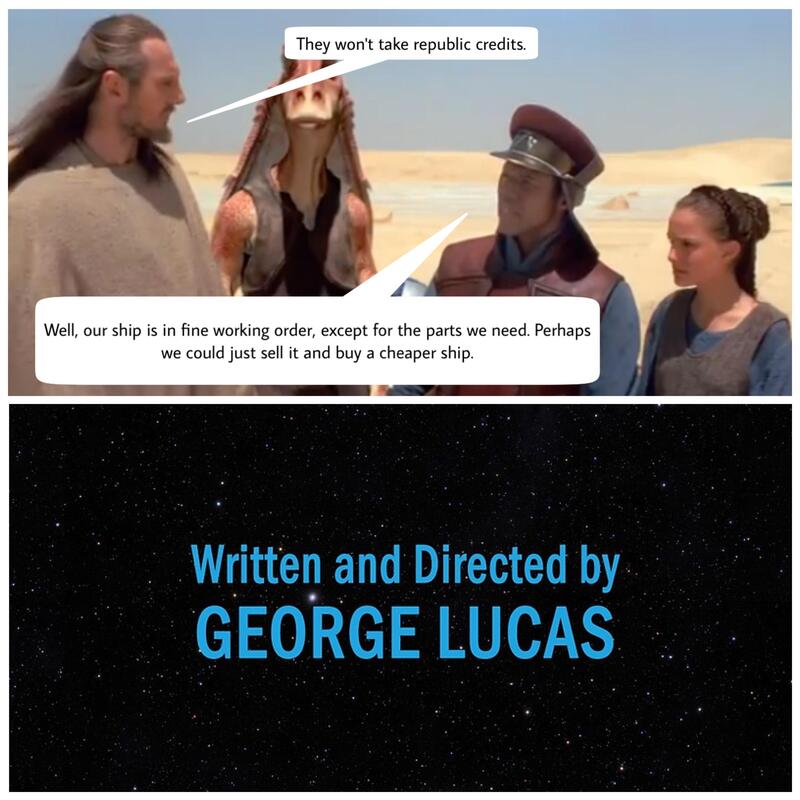 I know this was another of Zack's cursed projects, in production hell since 2007 and even having to CGI Tig Notaro over the body of the previous actor after he had multiple accusations of sexual misconduct against him, but it doesn't warrant all the issues in this bloated film. It needed to either be more fun or more horrific, it needed to have much more of an identity about it, and it needed to make sense. And nothing summed it up more than the final ten minutes that did NOT need to be in the film, and made no real sense at all. Other than to tease a sequel, and I honestly think that's all Zack likes to do. To write and direct films that dangle the next film in front of you like a fresh juicy brain, sure that this one will ease the pain of your cursed existence.