Has Disney Been Good For Star Wars?

Disney’s acquisition of Lucasfilm, and subsequently the Star Wars franchise, back in 2012 is still one of the biggest head-turners in recent memory. It’s matched only in its enormity by their purchase of Marvel just three years prior. As a result, the almost century-old company is now in control of arguably the two biggest money spinners in entertainment on the planet.
​
However, one of these has created a much more polarising view of the change of hands than the other. Whilst Marvel’s current flagship offering, the Marvel Cinematic Universe, has received almost unanimous approval from existing fans as well as managing very successfully to attract a new generation. Disney even continued to nurture the endeavour Marvel Studios had embarked on by continuing the timeline initiated by Favreau’s Iron Man (2008). 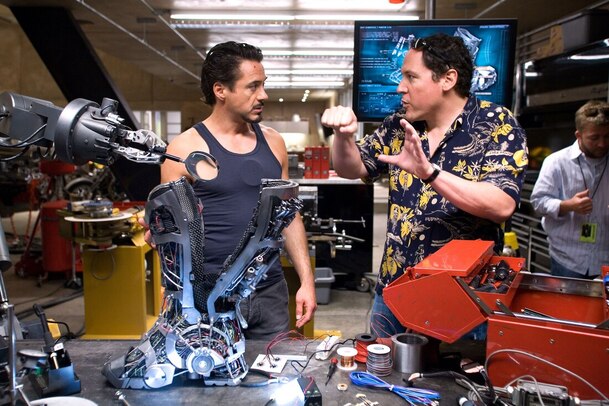 Star Wars didn’t exactly get off to the same lightspeed start under Mickey’s guiding hand. Granted, it was an enormous franchise with a widespread community, but Star Wars could be argued to be limping along as a relevant commodity in comparison to Marvel. At the time of its purchase, George Lucas’ brainchild was being propped up only by what was at the time to be the final season of Star Wars: The Clone Wars, with no further screen-based projects on the horizon. Despite finding themselves with the rights to a full roster of Star Wars characters, a luxury they didn’t have with their Marvel takeover, Disney decided to create their own leading men and women to lead their initial ventures into a galaxy far, far away.

​Whilst this is to be respected, it did lead to a pretty formulaic approach to their Star Wars storytelling. This can be illustrated perfectly by looking at Disney’s first two projects; the animated TV show, ”Star Wars: Rebels (2014-2018)” and, “Star Wars Episode VII: The Force Awakens (2015)”. If we look at the lead characters in both of these stories, Ezra Bridger and Rey (soon-to-be Skywalker), it’s not difficult at all to see the writers following Lucas’ blueprints for birth of the Star Wars universe in A New Hope (1977). If we include the original protagonist, Luke Skywalker (literally no relation), then we have a trio of desert-dwelling orphans who are destined for greatness. Not exactly a powerhouse of originality, but you get the idea that Disney are relaunching. They wanted the most out of their new toy and who can blame them. They needed to welcome in a new generation of fans to keep the franchise alive, whilst also appeasing fans who had been around for decades. It’s an unenviable position to be in and a delicate balance that needed to be found. The demotion of much of Lucas’ extended universe material from the story’s canon to the mystically named, “Legends” corner of the narrative also meant that these new characters seemed like they needed to be a hit right away.

Then things take a rapid downward turn. “The Last Jedi” is essentially an expletive to much of the Star Wars faithful. 2017’s eighth instalment in the Skywalker Saga would seemingly be the exact moment when the general consensus darkened when fans would use the word, “Disney” in a sentence when discussing their sacred film series. The mood around this particular film is the very definition of an enigma. Whilst scoring generally high with critics, going as high as 99% from Rotten Tomatoes, the opinion from fans is through the floor when speaking to almost all of them. Despite it making over $1 billion at the box office, it famously ranks dead last on a huge amount of the fanbase’s lists. In any other series, the standard of filmmaking would probably be universally praised, but as a part of one of Earth’s biggest cult’s sacred texts, it falls miserably short of the line of acceptance.

The backlash from The Last Jedi spanned even to the next standalone adventure. Han Solo’s 2018 origin story, “Solo: A Star Wars Story” continued Disney’s short-lived Star Wars anthology, but was immaturely boycotted by much of the fanbase, fearing it would be to the same standard of The Last Jedi. Solo is by far the superior film to The Last Jedi in almost every way, but its meagre box office return ensured that the people had, “won” and Disney abandoned any further plans for standalone Star Wars films. Thanks guys, now that Darth Maul cameo just stays as the huge tease it is.

Now we reach the pivotal year. 2019. Rebels had ended its run the previous year, Disney launched their streaming service, and the Skywalker Saga reached its patchwork conclusion with the confusingly titled, “Star Wars Episode IX: The Rise of Skywalker”. Whilst the film featured some good fan service moments and the stunning visuals we’d come to expect, the cobbled together narrative and last minute retcons of The Last Jedi just didn’t do enough to redeem Disney’s Star Wars filmmaking abilities. The trilogy was laid to rest and is still largely ignored by the older fans of the fanbase, and even partially by current Star Wars writers. Although, this is a similar sour attitude to which the prequels once fell victim. Seeing as the prequels are now largely accepted due to the coming of age of the younger fans at the time of their release, so who knows what the future will bring for Disney’s trilogy. 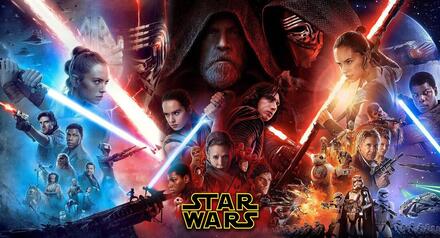 Which brings us back to Disney+, one of the latest in an outpouring of streaming services. We were delivered two of the finest Star Wars offerings that recent memory has to offer. Not only was there a final season of Clone Wars (2008 – 2014, 2020), a pre-Disney property, commissioned to help launch the service, but fans were also introduced to the first ever Star Wars live-action TV show, “The Mandalorian”. I have personally yet to meet a Star Wars fan who doesn’t think that this show is not the best thing since blue milk. Rave reviews from day one have ensured that we will be seeing Mando travelling the galaxy for a long while yet. The Mandalorian ties together many different eras of Star Wars and captures the energy of the franchise as a whole so perfectly, that it’s difficult to believe that it was introduced to us the same year that Disney’s tragic film trilogy crashed and burned its way to a close.

So what was the difference? What made two projects, released in the same year, from the same studio sit so far apart from each other on the approval spectrum?

Dave Filoni. Disney had been flailing in the dark trying to nail down a formula for creating credible Star Wars stories, to create authentic-feeling characters, but they were coming up short nine times out of ten and settling for drawing the focus to the blockbuster visuals and stellar CGI. Not only had Filoni been bettering the new regime pre buy-out, the Clone Wars, Rebels & Star Wars: Resistance (2018-2020) show runner had been doing it on a fraction of the budget. Teaming up with Jon Favreau, Filoni is one of the great Star Wars storytelling minds behind The Mandalorian now too, his first live action project. Not that you’d know going from the superlative quality. It raises the question of why he wasn’t called upon sooner, especially while Rebels was chugging along nicely in the background during most of Disney’s progressively ailing film trilogy.
The launch of Disney+ making all the canon animated material so readily available has played a huge part in the mushrooming of the fandom too, especially coming at the time of a global pandemic keeping people inside looking for new, but comfortingly familiar things to watch.

With a cavalcade of new shows set in the Star Wars universe at various points in the timeline getting ready to enter production in the coming years, Disney are about to completely eclipse the runtime total of content generated under Lucas’ reign, and in almost no time at all. The question of quality over quantity could be brought into question, but that’s a bridge that only needs crossing if we come to it. When it comes down to it, it seems aeons ago that a new project wasn’t being announced seemingly every few weeks, and to go back to waiting for the occasional new film to emerge from a relatively small team feels relatively archaic. There have been growing pains, but Star Wars is in good hands.

Guest Writer: Dan Bibby - @danbibby_aestheticknobs
What do you think? Want to submit a blog?
Email: TALKNERDYUK@GMAIL.COM