HARLEY QUINN SEASON 1 (2020)
(ADULT / CARTOON / COMEDY)
CREATOR - JUSTIN HALPERN, PATRICK SCHUMACKER, DEAN LOREY
STARRING - KALEY CUOCO
MY RATING - 8 / 10
For all intents and purposes, in my opinion, DC killed it last year. I wrote a whole blog about all their accomplishments of 2019, and in it I voiced my excitement at this show. And when you think about it, the planets are perfectly aligned for this show to exist. Adult cartoons are EVERYWHERE! Rick and Morty, South Park and BoJack Horseman are the mainstream, but there's little indie ones popping up everywhere. F is for Family, Tuca and Birdie, Final Space etc. In this golden age of comics, are we not due an adult animated show based around one of the many foul mouthed characters from the comic pages? Well, don't look at Marvel. Papa Disney won't have anything they cannot market to children, so it looks like this gap in the foul mouthed market was shaped with a DC shaped keyhole for them to slide a show into. And what a show! 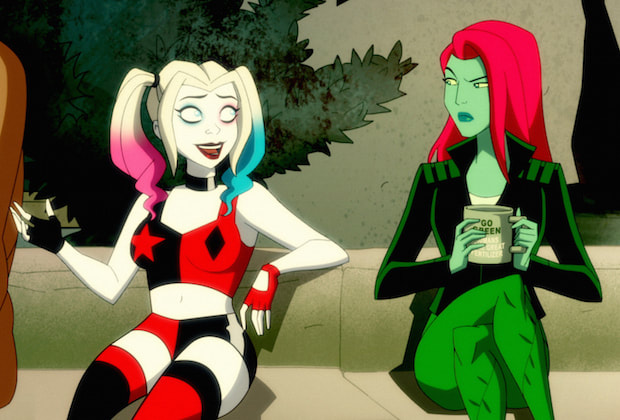 Let's get this straight right away, this show is downright hilarious. ALL the jokes landed for me. It mixed easter-egg, comic lore based jokes in with satyrical, self depricating jokes about the industry and the ridiculousness of their universe. This comes down to characters all being slightly exagerrated versions of themselves. Dr Psycho is a borderline racist, anti-feminist with short man syndrome, Clay Face is a Frasier Crane like character who just wants to be part of the performing arts, and Poison Ivy is an eco warrior who just wants a quiet life with her plants. I think nearly every character choice is perfectly hilarious in its own way. Making Commissioner Gordon a lonely, crazy, sleep deprived cop was genius. Bane, Robin, King Shark? All written with amazing flair. But betwixt the comedy and silly tones of the characters and their world is Harley and Joker. And they are far from just hilarious renderings of themselves... 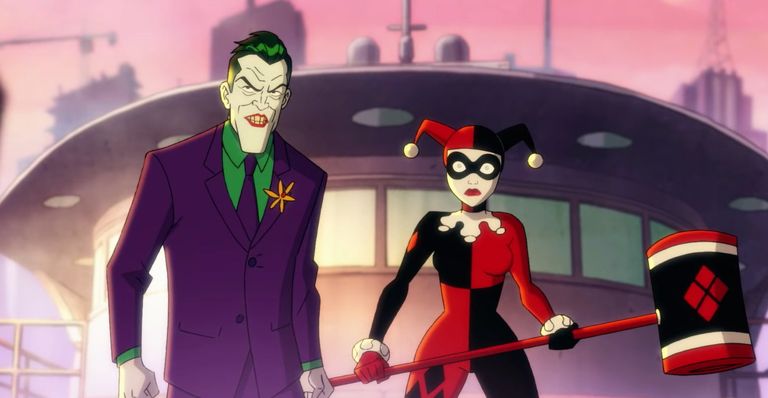 These two are flat out played as Joker and Harley. No real exagerrations. Maybe because they are sort of silly characters already? I don't know, but the main drama and antagonism comes from the battle between these two throughout the series. Now, I know what you're thinking, 'do we need another Harley/Joker breakup story?' and I would answer, YES.

The Suicide Squad film didn't really fill in any holes and was set when Harley was Stockholm Syndrome crazy over Joker. Birds of Prey? Well, not everyone has been to see that, and that's set post Joker. This show deals with the ACTUAL break up. The big split, and in all honesty, it's hard to watch. The sometimes romanticised version of Joker and Harley is quite a disgusting thing that shows a complete misunderstanding of their dynamic. 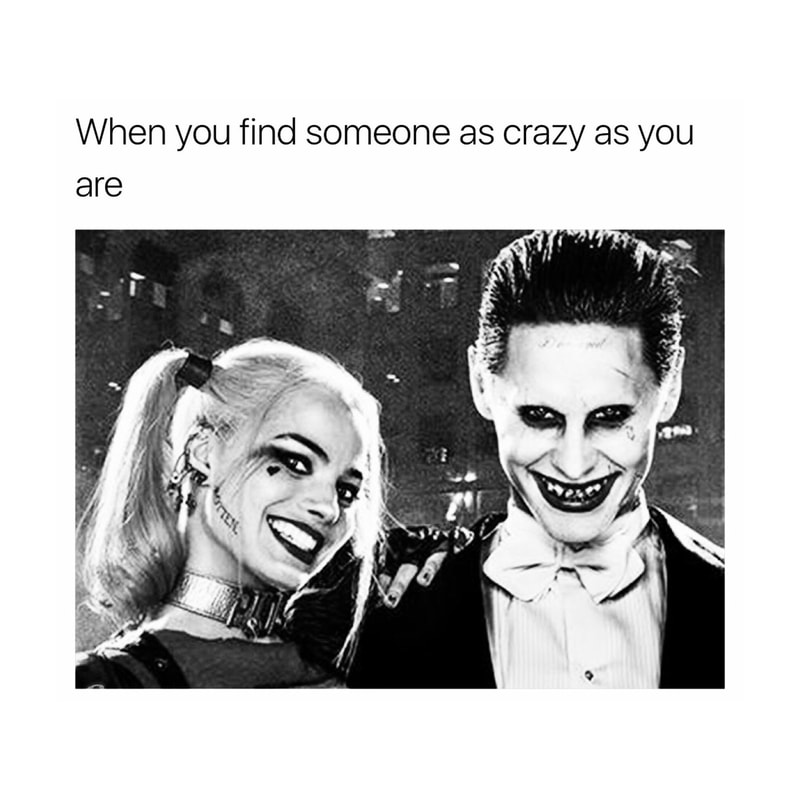 In this Alan Tudyk correctly plays a brutal, manipulative Joker who makes Harley her own worst enemy. Whilst Haley Cuoco does a great job at playing the manically sporadic Harley. Together they make a reverse Ross and Rachael, as you want Harley to avoid his pull, and for her to see how good she is on her own. This story is told so well within this very silly animated format, that its twists and turns genuinely took me by surprise. Something that I do not take for granted from a cartoon that, within it's opening act, definitely looks like it's trying to shock me with how outrageous it is.

Yes, be warned! There is blood and guts, F bombs and C bombs, innuendo and drug abuse. Gotham has never been painted so accurately. If this sounds too much for you, wait until it gets dark. Yes, this cartoon gets fucking dark. It deals with gaslighting, relationship abuse, family abuse, and mental health all in ways that weirdly juxtapose the fastpaced and brightly coloured overall tone of the series. There's a particular episode involving Harley and her life growing up which was particularly hard for me to watch, partly because it was sad and partly because I believed it could be close to some real people's truth.

The real couple of the show for me is Ivy (played by Lake Bell) and Harley. Harley's short attention span and madness bounces perfectly against Ivy's cool calm demeanor. Kind of like Pinky and the Brain, except the Brain doesn't want world domination, just to sit and watch TV with her best pal. Their friendship is amazing, heartwarming and shows that these characters like being 'bad' but that doesn't mean they're 'bad people'.

I cannot recommend this more than I already have without spoiling it. The animation is gorgeous, the music goes very well (I really want to know who plays the shows theme), and I for one will be front and center off my living room TV when season 2 starts in April. Go watch Harley Quinn, you'd be crazy not to.