October is upon us! I Love horror movies all year round but especially enjoy putting on horror in October. So I thought I would share a film, or series of horror movies, for each Day of October leading up to Halloween! I hope you enjoy my picks, it was hard to whittle it down to just these 31. I even had to put together some sub categories such as “Day time Halloween movies” to throw in from day to day to make sure I have not missed out any of my favourites! Let's begin shall we? 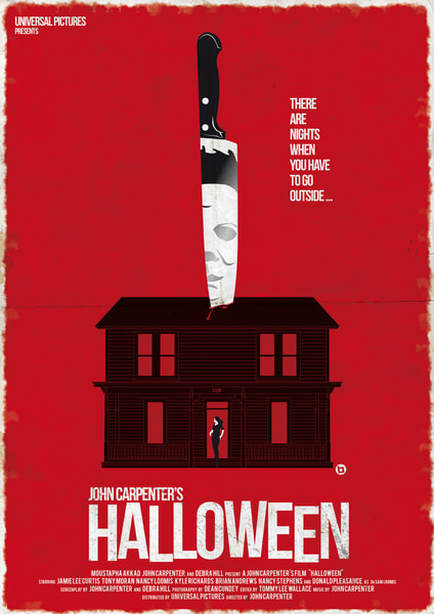 1st/ Halloween
Kicking off my October horror-fest with possibly the most iconic and best horror character of all time; Mr Michael Myers.

Mr Myers has been in 9 Halloween Movies (I’ve not included Halloween 3 as he isn’t really in that!) from 1978s original 'Halloween' to 'Halloween Resurrection' in 2002 and then brought back to life and re-imagined by Rob Zombie in 2 more Halloween movies in 2007 and 2009. Another Halloween movie is currently in the works from Pineapple express director David Gordon Green, co-written by Danny Mcbride and starring Jamie Lee Curtis for 2018.

I will be watching the original 1978 Halloween to start off my October List. One of my all-time favourite horrors and it set the standard for all modern slashers. The music is creepy, it has a great cast and one of the things I love the most is John Carpenter's original score and theme tune. A huge cult classic and one of the best horror movies for a reason! Get watching. 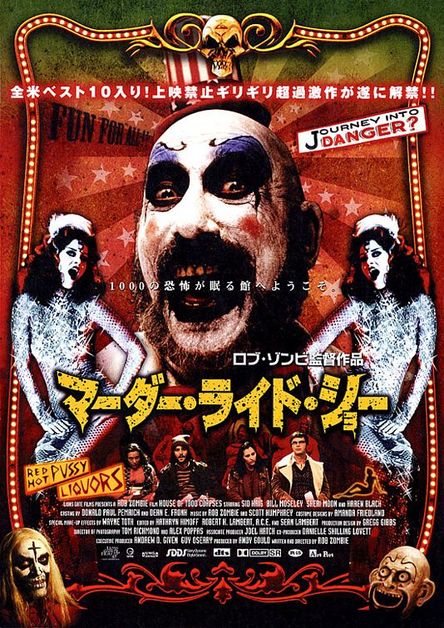 2nd/ House of 1000 Corpses (Rob Zombie Movies)
ROB ZOMBIEEE! I love this guy! Not only his music but Rob is also a really talented and awesome director. He has made a number of great horror movies. It was hard for me to pick from his films but I’d have to go with 'House of a 1000 Corpses' as it was the first Rob Zombie movie I watched. In my opinion, it's his greatest.

A story about a bunch of teenagers falling victim to a crazy family of killers out in the middle of nowhere doesn’t seem very original but the characters (mainly new horror icon Captain Spaulding) and the style. You can tell Rob Zombie is a huge horror fan
as he pays homage to a number of classics (mainly 'Texas Chainsaw Massacre'). It's qualities like this that make this film stand among horror greats. Rob Zombie has also made a bunch of other great horror films worth checking out. 'The Devil's Rejects', 'Lords of Salem', two Halloween remakes and the new and very impressive '31' all worth a watch. ALL HAIL JESUS FRANKINSTEIN. 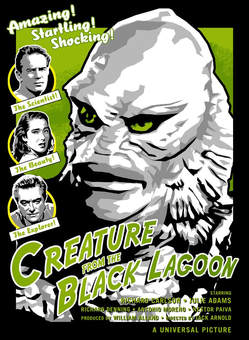 Let’s take it back to the old school with the classic Universal Monsters! It was hard to pick one of the classics however, if I had to pick a favourite it would be 1954's 'Creature from the Black Lagoon', if you’re into your horror movies then you should check these out. These amazing stories have stood the test of time, it’s hard to top a film with the combination of adventure, drama and horror with a great anti-hero, Gill Man. Like I said, this was hard to narrow down. I would also recommend picking up the 'Universal Monsters' Blu ray or DVD's and watching all the classics such as Frankenstein, Dracula the Invisible man or Wolfman! 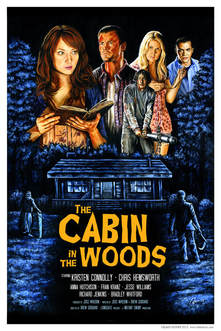 4th/ Cabin in the Woods
An easy recommendation. A modern horror classic and one of the best horror movies of the past 10 years. The film starts off paying homage to the 'Evil Dead' movies and you think you have seen it all before! 5 teenagers ending up at a cabin in the woods… but there is much more to this movie, with plenty of twists and turns that I can’t say without spoiling the film! Lots of violence… lots of cool monsters and tonnes of nods to great horror movies! If you have not watched 'Cabin in the Woods' get it on! And if you have, watch it again. 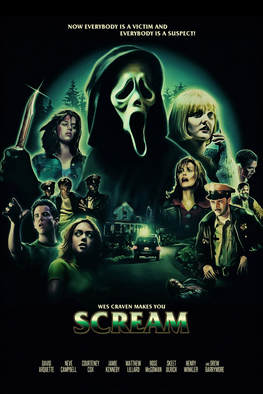 5th/ Scream
One of the first horrors to start my obsession and my gateway to other slasher movies such as 'Halloween'. Ghost Face is an icon of horror to me. I love Ghost-Face in his many forms. All 4 Scream movies are great but I'd have to say my personal favourite is 'Scream 2'. I just love the opening cinema scene.

I picked Scream the original as my recommendation though as it is, of course, the best place to start. It's crazy to think this was released back in 1996. It's funny, clever, with twists and a great ending that kept me gripped from start to finish.

And just like this blog, it got us all asking, “What's your favourite scary movie?”