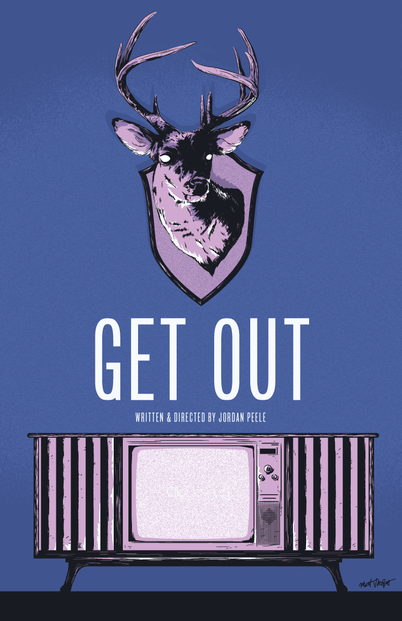 For 31 days of October it was hard to pick just 31 classic movies, so with the 7th I have gone for a category of more modern horrors. There are a number of great new horror movies like 'You're Next', (a film of a family outing in the middle of nowhere, going wrong with some great twists, gory deaths and funny action). 'Green Room', (a film about a punk band witnessing a murder by the hands of Neo Nazis). 'Don’t Breathe', (a story about a group of teenagers who rob the wrong house) and 'Hush' (where the victim is a mute, in a house in the middle of nowhere AGAIN! I can see a theme with these horrors).

The main recommendation and the film I like the most from this category  is 2017's 'Get out'. This is not a traditional straight forward horror at all, this amazing film stood out to me because it is far different from anything I have ever seen before, I don’t want to talk too much about it because giving too much away would spoil it, get it watched. 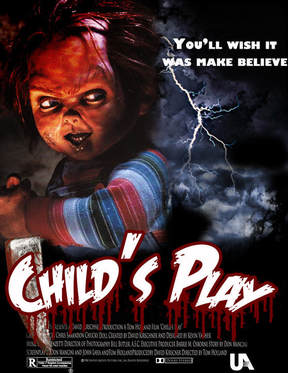 8th/ Childs Play (Chucky Movies)
Serial Killer Brad Dourif is on the run, he gets killed by the cops in a doll factory but before his death, he unleashes a voodoo curse transferring his soul into one of the dolls named “Chucky” bringing to life one of the biggest icons of horror, 'Chucky'!

Again hard to pick my favourite movie with Chucky in as he now not only spans 3 Child's Play movies but also
'The bride of Chucky', 'Cult of Chucky', 'Seed of Chucky' and 'Curse of Chucky'. If I had to though, I’d go with the original and I’d recommend that of course as a good starting point. None of these films slip in quality. I mean don’t be expecting too much from them, at the end of the day though they are all great horrors, funny and full of plenty of camp horror gore. 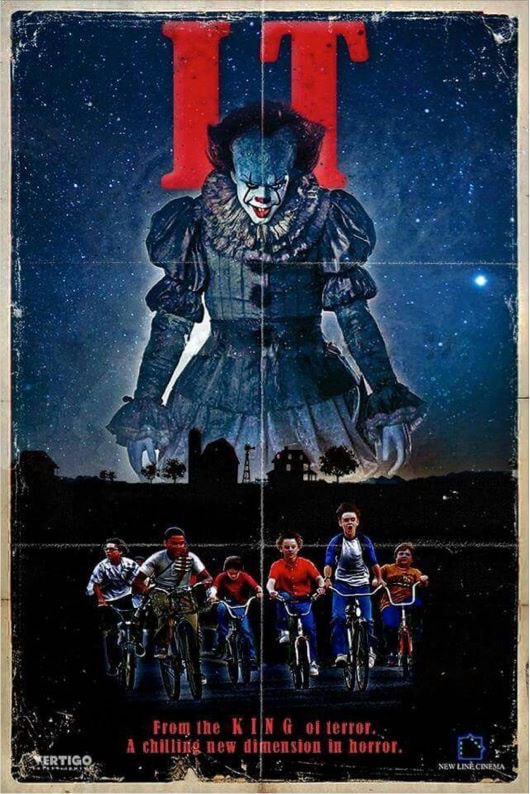 9th/ IT Movie and TV adaptation
Wow, where to start with this?

Watching the TV adaptation in my early years I loved Tim Curry’s 'Pennywise' and the story of the losers club, so I thought this would be hard to top but I was wrong! 2017's adaptation of Stephen King's Novel 'IT', in my opinion, was FAR better. I loved this film and came out of the cinema wanting to go back in and watch it again. The children were funny and I really got to love these characters and became invested in their story. The casting for the losers club was perfect yet the best star of the film was Bill Skarsgard as 'Pennywise'.

I was worried he might have tried to imitate Tim Curry, again I was wrong. He really made Pennywise his own... strangely charming but of course horribly terrifying at the same time, I loved him. I have only watched the film once and can’t wait for it to come out on Blu-Ray because with just one watch, I would put this in my top 10 horror films of all time. I am sure with more watches I will love it even more. Huge recommendation from me if you have not yet seen 'IT'. 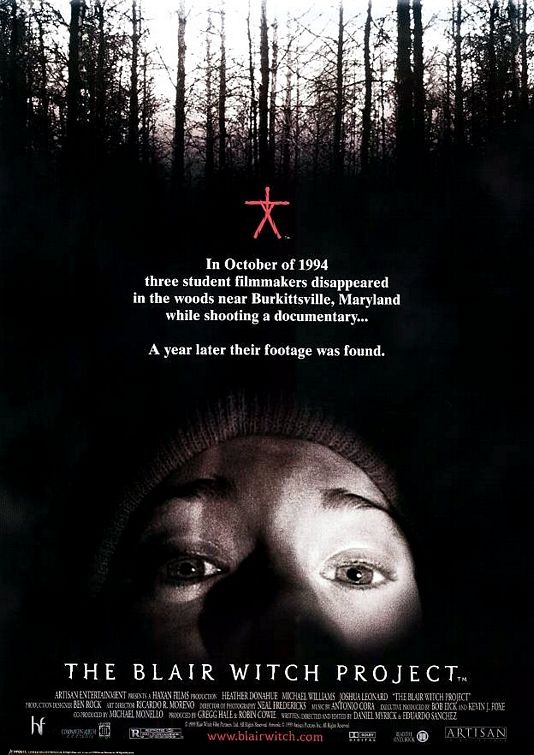 10th/ The Blair Witch Project
The benchmark for all found footage horror. 'The Blair Witch Project' bloody terrifies me still to this day, all shot and recorded on a hand held camera, it follows students who went missing when investigating 'The Blair Witch incidents' and takes you right to the end moments. So many films have tried to replicate this formula yet only a handful of them have managed it. There's not too much gore and you never really see the evil that stalks the students, instead it builds up with intensity and the terrifying jumps freak me out so much. There was a 2nd Blair Witch Project that I didn’t really like but there was a new film last year just called 'Blair Witch' that I enjoyed and is worth the watch as well as this classic original.