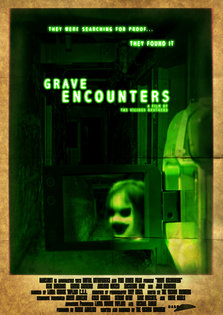 11th/ Grave Encounters
2011's 'Grave Encounters' follows the Found footage horror theme of number 10's recommendation ('The Blair Witch Project') and scares the crap out of me. It follows a cast of a reality TV paranormal show who, for the good of TV, lock themselves into an old and very creepy mental hospital. The night starts a tad spooky but ends up an endless night of horror with plenty of Jumps and bumps and lots of horrid imagery that will stick with you for a while, this film has also sprung a few sequels that I also enjoyed but my recommendation would be to stick with the first. 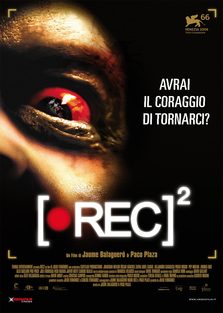 Ok it seems that I’m going for found footage a fair bit now but the REC series (especially the 2nd movie in the franchise) would be my favourite of this sub-genre. This Spanish movie follows on directly from the first (15 mins after the first ends) with a SWAT team entering the building featured in the first Movie.

It builds on what the first does so well and more...it offers some great scares and gory kills but also it builds on the lore of the first and gives you a background into the crazy virus that has now spanned into 4 movies. If you have not seen any of these films then of course start with the first one, I didn’t enjoy the 3rd movie too much yet on the other hand, I loved the 4th. Picking for Talk Nerdy's Halloween picks was hard but it had to be this one. It just nudged into my first place spot. Watch these films!! 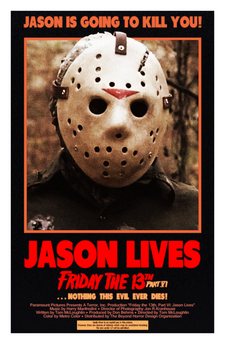 13th/ Friday the 13th (the series)
What else could I of picked for Friday the 13th? Jason is a horror Icon with great reason, one of the original and best slashers, I love these films. My favourite thanks to a good friend would be part 6, due to its amazing sound track and some great kills! But all of the films are worth checking out. It's weird that the original doesn’t even have the killer that we recognise today, we have Jason but he does not get his iconic mask until part 3!

We have 8 'Friday the 13th' movies, 'Jason goes to Hell' and space age 'Jason X'. There's also a remake (it’s not too bad!) and one of my favourite horror movies sees Jason do battle with 'Nightmare on Elm Street's Freddy in 'Freddy Vs Jason'. But yeah for the 13th, what else could you possible think of watching? And with so many different ones to pick from, you're spoiled for choice. 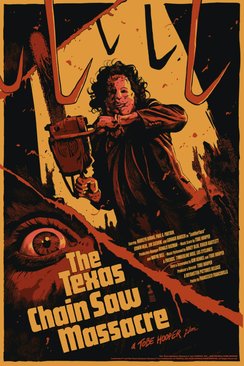 The original is terrifying with great camera work and a scary as shit family who freak the shit out of me. It's not just thr original either, one of my favourite horrors is the 'Texas Chainsaw Massacre 2', a great sequel even though it's a lot more camp and funny than the original. Any horror fan must remember some of the brutal kills of the first movie. Simple but brutal. or Leatherface's terrifying meat hooks? One of the scariest and most brutal shots is so simple. The camera actually pans away when Leatherface is putting one of his poor victims on the hook leaving it all to your imagination! Again, Leatherface has a new movie out soon and I can’t wait to see a modern day interpretation of the character. 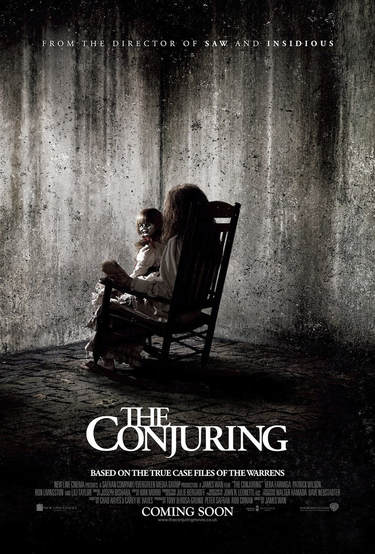 15th/ The Conjuring
A Modern day classic and now spans its own series with spin offs and a great 2nd movie. Hard for me to pick my absolute favourite for Talk Nerdy but I’ll go with the original. Great setting, a very vintage horror feel, memorable scares and some cool as fuck characters such as the popular 'Annabelle' from the first one and 'Velek' in the second.

The first is a good combination of old school haunted house and a possession movie with some great acting and spooky scares, it might not be the most original of horror movies but what does that matter? It works and it's fantastic. All modern day horrors should take a leaf from the 'Conjuring’s book. As I said before, the second is a masterpiece as well.
I’d also like the mention this year’s 'Annabelle' creation, spin off! I didn’t expect much as I didn’t really like the first 'Annabelle' too much yet I was surprised as this one was fantastic! I loved it as it got me again with a great vintage movie and possession tale. I can’t wait for the character of the nun to have her own solo movie due in a few years!