Before picking this up I had never read anything as early as this superhero-wise. I used to read old Beanos, Tin-Tin and Asterix. With my supes I've always seemed to dip my toes as early as my birth year. There is something about late 80's writing and media that I seem to be able to consume very easily. But treading further than this scared me somewhat. The quality of the art changes and the writing tonally shifts towards a more light hearted approach. In some cases this is absolutely fine. But I have been more or less terrified of how some of my favourite characters may come off in these older stories. In my head the bronze age could be like ordering that cute halloween outfit you've seen online. Your expectations and your reality can be two very different things. 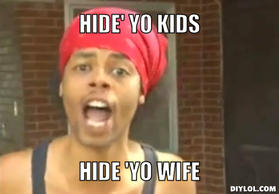 The stories border on the sometimes ridiculous, yet they are paralleled with much more adult solutions to their plot points. For instance, when a character becomes a problem for another villain how is he disposed of? Is it like in Batman where he is hospitalised? Or he mysteriously disappears? Nope. They are killed. Within these pages of wonder and amazement are also chapters involving brutal assault, torture, corruption...you name it. This is street level grit packaged up in 'tales to astonish' ribbon.
All of these edgier stories feel a lot more impactful when sandwiched within these light panels. Your brain automatically looks at this style of comic and becomes comfortable and child like. It's only natural. You're led to believe that when you see these colours, pencil-work and style of BIFF, BAM, BORT sounds dotted across the comic. But for every moment that you have a brave, have-a-go hero narrating his daily parkour regime, you have real moments of drama, drawings inked to look like they're from a horror graphic novel and the range of the bad guys in here is really quite something. You have everyone from 'The Unholy 3' (consisting of Birdman, Cat Man and Ape Man) who are very throwaway mercenaries, to Bullseye who has a madness not to akin to The Riddler and Joker. Add some great cameos from Doc Ock and The Hulk and you have a veritable smorgasbord of treats for you to wolf down in each issue.

Its biggest weakness is unfortunately the narration I mentioned before. It's so utterly bizarre that this is how these comics, and many, MANY more in fact, were written this way. I get it in one respect. There is the expectation that a demographic of readers will in fact be children, or brand new readers to the comic and may need things explaining to them. But there are ways to tell a story without having to use so many words. By the end of some comics, I had felt like I had had a good third of the book mansplained to me.
A great example of this is Mark Millar's HUCK. There is very little dialogue within the whole book. Or WHITE KNIGHT by Sean Murphy who has come out and said he HATES narration boxes and this is evident as his aforementioned Batman comic didn't need them.

I make the whole comic sound bleakly actually but there is a lot of great recurring humour throughout, none of which feels dated and, at the end of the day, Matt Murdoch is just as charismatic and charming in here as he is on his Netflix show.

He comes off great in this. Frank manages to make him as much of a boy scout for justice as Superman. His sense of responsibility to help and do the right thing exceeds Spider-Man yet his powers do not, making him much more endearing. He could be you or I, except we could never be him. How come? You see how far he is willing to push himself, when you continually see this character go the distance time and time again, breaking body and soul for his city...and you realise that the last time you were in Wetherspoons, you really badly needed to go for a massive piss but couldn't face having to climb the stairs to the entrance of the Philadelphia Museum of Art from ROCKY 2 to get there, so just held it in until you left and had a wicked yes in some nearby bushes.

Do I like it then? Hell yeah!! I highly recommend this but only for the really hardcore comic readers out there. I think this would be too retro for people just beginning to get into comics or superheroes in general. The juxtaposition of story with the artwork may also seem a little immature for those into much more contemporary dark tales and art. However, for the more experienced reader, you'll get a good window into the past and be rewarded with some classic stories, nostalgic costumes and maybe a glimpse into what is to happen in Daredevil season 3 [Yet to air at time of writing]. So if you feel even a small inkling to wander down Frank Miller's road into Hell's Kitchen, I implore you to leap without fear into these pages.