How unreal is CGI

This was meant to be a review of Prey... 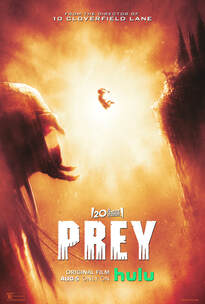 Go on IMDB and it seems that there has been a movie called PREY every year for the past 5 years but it's taken until 2022 for the Predator franchise to realise what a good title it would be for one of their films.

I'm a huge Predator fan, and by that I mean the first film. Everything after (apart from Alien Vs Predator) has been clown shoes. And given how eye-wateringly bad the last installment was, I would have been happy if there had been no more. If it just pressed the self destruct button on itself and never returned. So imagine my surprise when I see a trailer with a decent concept and a great title. How WOULD they fuck this up. Well, they didn't... mostly.

At 100 minutes it's a short film compared to nowadays but it didn't need to be any longer than that. The tale is a simple one of growth and character development of our hero of the story, Naru, but with a Yautja stalking them. It's shot great and the dialogue, the little there is, is well thought through and impactful without being afraid to inject a bit of humour too. But do you know what did piss me off? 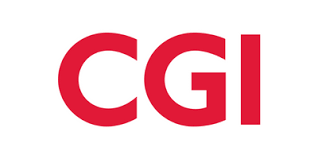 I am now at a point where I fully believe CGI is going backwards. How often do you find yourself saying, "Yeah, apart from the CGI being awful" or "The CGI just took me out of it, my dude".

We are capable of amazing effects, don't get me wrong, but that means putting in some amazing time, effort and money...none of which a lot of studios are willing to do now. Why are we still heavily reliant on CGI? I don't want to sound like a boomer but it just wasn't something we saw much in films when I was growing up. Film makers found practical ways of making the magic happen. From building actual dinosaurs to setting off controlled explosions, it added a layer or realism and helped to draw you into the film. What, prey tell (see what I did there), did Prey need as CGI that couldn't have been done as practical? I'll let you have "stealth mode" but other than that...could we not have built a giant practical suit like we did for the first film? You remember the first film that had a third of the budget than this one? And before someone starts going "you're not taking into account inflation" I am, look it up.

Wait a minute, there was a practical suit in this?
CGI was used to "patch things up" A LOT. No wonder I couldn't tell it was practical. So where is the line here? When does it stop being practical and it start being mostly CGI? When do you go so far east you're technically west? I think the film could have done a bit more in the costume department to make me feel like an actual Yautja was in the shot, however it wasn't just the Predator itself that wasn't up to scratch...
Everything that wasn't a human or a tree in this film was rendered. Could we not have used model ships? Blood packs? Actual animals? Yes! Apparently animals are too hard to come by nowadays. Goodness knows why but the second we see an elusive deer that Naru is hunting, I was taken out of the film and thought I was watching a mod of DuckHunt (now I am showing my age). Imagine what the film 'Babe, pig in the city' would look like now. 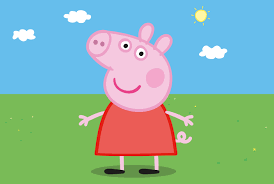 We have come strides in camera work, shots, lighting, but CGI is crawling behind this technology very slowly, only willing to pick up the pace if you lace its palm with a LOT of silver, and that is hurting a lot of properties. The high resolution revolution has hit our TV's but not the films that they play to us. The hate for She-Hulk truly started with the CGI criticisms of the first trailer, that and men with penis inadequacy who "no likey women Hulk". And I actually understand that hate. The CGI hate, not the untethered misogyny of toxic fanboys. When asked why She-Hulk didn't look like Thanos recently, the reply was that Thanos doesn't need to show emotion and he's bald. Hair and smiles are hard, apparently.

Sometimes I can look past bad CGI, like the final fight in BLACK PANTHER looking like two characters from the CATZ computer game, fighting. The film is strong enough and it's just a blip in the road. Prey? It's constantly there. And it's always been a thing throughout the past few decades. Here's a few reminders:
Don't forget Hellboy, Morbius, the original Sonic that was so bad we all actually got it changed, or CATS where they had to remove all the casts bumholes because they'd focused too much of their time and effort THERE apparently, leading to #ReleaseTheBumHoleCut being a thing.

This was meant to be a review of PREY but my sheer hate for how crap CGI is at the moment took over. I never felt this way watching Pirates of the Caribbean movies. How can it be solved? I don't know the answer but from what I've read it's apparently a very simple solution. Pay for quality.

Invest time and money correctly and you'll get results. Disney and Marvel Studios came under a lot of fire over the past year from staff saying they were overworked, underfunded and didn't have the right resources to finish the jobs they were being criticised for, and it may look like Marvel Studios has listened as Kevin Feige has pushed, for the most part, everything back at least a year. Why didn't Prey do this? If CGI was the only solution to their practical suit and lack of animals problems, I mean.

No one was waiting for Prey. It was a great surprise to us all and is a welcome installment into what has been a tired, idea-less franchise. So wouldn't it have had the same effect this time NEXT year? That extra year taken to work on the CGI? If not then why not head to the props department and make a damn suit that looks good in the day too. Something that has definitely been noticed and appraised in certain franchises over the past few years e.g. Star Wars, Jurassic World (to a point), Mad Max, they do exist and they do it well.

Oh yeah, the review...Prey was great. A solid 8 out of 10. This could have easily been made into a comic book and it would have hit the same, I think. I'd like more of these to be made, and I've seen rumour that we may get that. But if we do, please, PLEASE, put the time in to make a great suit or just put the money and time into the graphics. I hope you all pray too, for Prey 2.

Let us know what you think.