If you haven't gathered from my clues already, detective, then this adaptation differs from the book. In more than a few ways. But is it a fresh take or as unnecessary as Fall Out Boy's attempt at playing the Ghostbusters theme?

Before we go that deep, lets look at this at a surface level. The animation is the same studio that Warner Bros have been using for all their DC animated features recently (Reign of the Supermen, Death of Superman, etc) and it's harmless. The thing I've always said about playing safe with animation is you lose personality in your work, a great example is the recent adaptation of 'Batman vs Teenage Mutant Ninja Turtles'. At first I found it all quite jarring and a little hard on the eyes, but I soon warmed to it, seeing as it really did match up with the humour and, combined, the whole was much more than the sum of the parts. A bold choice, whether I like it or not, is much more respected than no choice at all. Which is what I feel with these films. A few new chances were taken in the fight scenes than I've seen in previous work, managing to provide Matrix-esque sweeping shots during fight scenes was very cool to watch but I cannot help but wonder did I notice them more because these shots were surrounded by nothing as exciting. Like a dead duck floating down a canal. It's carcass isn't particularly interesting but it isn't half more prominant when it's alone in a calm stream of water. 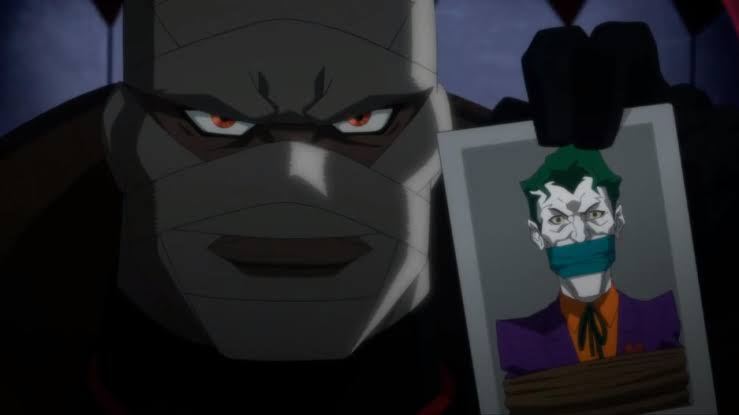 Another thing that gets overlooked in these films is the voice acting. I thought that the performances were brilliant throughout, most notably can we give a shout out to the girls? Catwoman and Harley (Jennifer Morrison and Hynden Walch, respectively) expecially had my attention. The characters may as well have been in my living room acting out their scenes, the passion and energy was great. I mean, I love reading her but I cannot think of when I have enjoyed Catwoman on screen without thinking "she sounds a bit boring and high maintenance".  I suppose this film can boast that Catwoman was finally been done justice on screen then. Well, in the voice department (we'll put a pin in that for now).

However, there are some bad voice acting choices in this as well. Joker, played by Jason Spisak, sounds like Ron Burgundy reading a teleprompter in the voice of a camp Chucky doll. Lifeless and full of the wit and madness of the Clown Prince of Crime. But no greater disservice has been done in recent years than casting Jason O'Mara as Batman.

Do you know why Kevin Conroy is the greatest Batman voice actor of all time? I'll let him tell you:

"The performance is Bruce Wayne. The real essence of the man is Batman. That’s when he’s his most comfortable; he’s at his most naked, most emotionally raw when he’s in the bat cave alone. When he goes out to Wayne Technologies. faces the world and puts on a suit – that’s the performance."

Bruce Wayne is 3 people. He is Bruce Wayne, the playboy billionaire. He is Batman, the Dark Knight. And he is also Bruce Wayne, the man beneath these two masks. Jason O'Mara has ONE VOICE for Batman. ONE!! He never faulters, never changes tone. Not only does this make Batman seem a little bland, it also is impossible to believe that Commissioner Gordon would not recognise Batman's voice when speaking with Bruce Wayne on the phone. Or that Catwoman wouldn't either. Even Christian Bale put on that stupid growl. He has gotten away with it for far too long and hearing Jason's voice echo the words of such a legendary stories is like getting Mike Tyson to take over from David Attenborough. THTUPID!

Now, for the big discussion at hand, and if you've read the comic and not seen the film yet, you may want to stop here. I'm not going to outright ruin anything directly, but I am going to touch on the things added and subtracted from the original story. It's up to you. 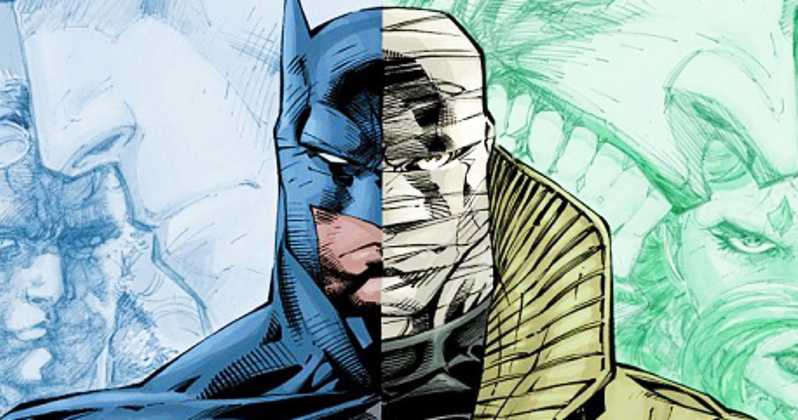 The changes themselves were very unexpected. I didn't mind them, but they just didn't hold a torch to the original story if we're being honest. The main one being HUSH himself. I didn't see the point in making any changes to this character because...well, he was introduced to the DC comic universe this way. There was no need to try and tie him in with more mainstream Batman lore, in fact, this was the opportunity to do JUST THAT! Other story changes made little sense, Catwoman's revelation in the third act makes little sense (like THAT personality trait of THAT other character has never been revealed to her before), Batman didn't behave realistically (he actually considers a vacation mid-case, CONSIDERS!?) and some just seemed pointless. Bane instead of Killer Croc made no difference to the fluidity of the story and meant portraying Bane in the same bad light that was shone on him in BATMAN AND ROBIN.

Look, it's not awful. There's a lot to like as well, and like I said, the changes are not all bad and leave Batman fans, old and new, HUSH-ed and unHUSH-ed, to watch and enjoy a new mystery unravel for Batsy. On the other hand, this is probably one of my favourite stories of Batman, and I just thought it was okay, which is pretty fucking lame. I may have given it a 6, but that's a shameful score for such a beloved tale. If the studio didn't think it could stay true to the original, it may have been better off leaving things unsaid.