IF SUPERMAN WAS REAL, WOULD THERE BE JUSTICE?

Let’s do a thought experiment!

Assume, just for now, that superheroes are real. Specifically Kryptonians; Superman, Supergirl, heck, even Zod. Our good-guys have been flying around, stopping crime in its tracks, using their superpowers left, right, and centre, bringing those villains to justice and kicking ass in the process… or have they?

Let’s take a look at the justice system. It relies on evidence - and for good reason! If there is no evidence of a crime then we need to let the accused go free, otherwise it would be so easy to accuse any old person you didn’t like of the most heinous things and have them locked away, removing their rights and revoking their freedom. If evidence has been contaminated the guilty could walk free.

In Minority Report and Orwell’s 1984 we see people convicted of crimes they haven’t yet committed, or for simply thinking the wrong thing. Should law enforcement be able to prosecute a person who is yet to commit a crime? In principle it’s easy to say that if no crime has been committed then no-one should be prosecuted, but it’s not always as straight forward as that: Imagine that a person was planning to rob a bank; a crack team a lá 'The Italian Job', has been put together and is ready to go at a moment's notice. They’re prepared to infiltrate the building, take hostages, and kill them if necessary.

Other than the putting in place of plans and the procurement of skilled ‘tradesmen’, nothing has been done to actually rob the bank. What crime has been committed? We could say conspiracy - but how is the thought experiment of what would go into robbing a bank any different than that of planning for a zombie apocalypse? Plenty of people have detailed plans on where they would go to get resources, where they would fortify as a base of operations, which members of their friends group they would have use for and which ones it’d be better to just kill straight off (...surely that’s not just me, right?). 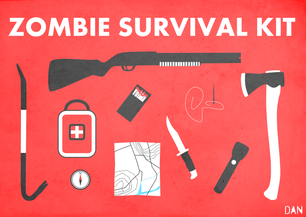 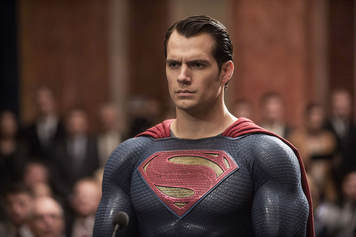 If the difference between a thought experiment and a conspiracy to rob a bank is intent, how can it be judged, especially when taking into account the zombie apocalypse example? In the event of all out human vs undead warfare you bet I’m going to be putting my probably, highly illegal, zombie plan of action into play.

So, the prospective bank robber has been caught, brought in, and is sitting in front of a jury of their peers. Superman is sitting in the witness stand, looking as smug as anything. But what if the accused really isn’t guilty of anything more than a thought experiment? Are the jurors really going to cast their judgement against the Kryptonian who’s been flying around saving lives and helping to put away criminals? Are they going to be intimidated by Superman’s meer presence? And… isn’t the intimidation of a jury a crime in itself?

A Kryptonian may be all powerful and godlike, in many people’s eyes, but even then they are not all knowing. They don’t have the ability to delve into a person's thoughts, to read minds, but would that even occur to the layman? How many of Metropolis’s citizens have a play by play of all of the superhuman abilities of a Kryptonian? Would the defence lawyer be even slightly willing to stand up to such a man? I mean, it’s not like Superman can go any real amount of time without public opinion swaying to and away from his favour. The question arises; should there be laws instated that relate directly to the intervention of aliens and metahumans? Surely the answer is a resounding yes.

We have examples of alternative timeline Kryptonians, such as in Red Son - or even better - Flashpoint Paradox, where Kal-El is kept in an underground military installation. This leads to him becoming, understandably, a very different kind of superhero - he’s not learned to control his powers, and upon release is a bit… feral. If the world went really topsy-turvy we could even put General Zod in that witness stand in all his martial, nationalistic glory.

Do we give carte blanche to Superman and Supergirl because they work off of a very western inspired ethos? Or is it because if we cross them we could be burnt to a crisp in an instant? Would the safe bet be to simply not allow them to give evidence in a court of law? But if we don’t, are we treating them as ‘others’; removing their rights as citizens and potentially discounting evidence that could put some really awful people behind bars?
Thinking this way could lead to the use of the Kryptonian Defence; if a criminal is caught by a Kryptonian surely there has been a level of intimidation in order to get a confession? What about the excessive force used by the Kryptonian in order to pacify and capture the accused (and is it really excessive force when the Kryptonian physynomy is naturally capable of it?)? There’s more than likely going to be a level of evidence contamination (after all, when has Superman been subtle? Look at 'Man of Steel', for goodness sake!). Once in the courtroom sourcing impartial jurors - or those immune to being intimidated by the situation - is going to be a monumental task. The list goes on!

What if we tried to keep the Kryptonians contained, to be used only in the event of the most devastating circumstances? Looks like an asteroid is going to hit? Send Superman! Ooooh, that earthquake was particularly nasty, any chance Supergirl could dig out some survivors? But there is every chance that by treating superhumans as less-than-human in removing their rights we’re just asking for a problem. Surely it is not wise to discount the most powerful entities that walk this earth. It could lead to the downfall of humanity running their own civilisation - clearly we don’t know what’s best for ourselves.

When Gods walk among us is there really anything that we can do? Are the Luthor’s wrong in having their concerns? Could genuinely bad guys get off free with the Kryptonian Defence and could inocent people go to prison out of a fear to stand up to one?

Maybe it's a good thing we don't really have them flying around our skies, after all if they came then Zod may follow, and what then?