Is ALIEN COVENANT a good film? 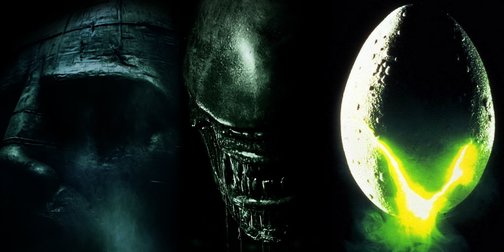 I am a huge Alien fan, and I really do mean it. As far as I can remember it was the first movie franchise that I got into in what can only be described as a fanatical way. As far as I'm concerned Alien (1979) did something truly amazing for the film industry; not only was it the advent of actual gritty, realistic feeling science fiction but it brought something new and inventive to the horror genre. It even managed to get some memorable characters into the mix and it gave the viewer people to relate to and give a damn about, which is a far cry from so many horror franchises of today.

Let's fast forward nearly forty years to the release of Alien: Covenant. I think it's fair to say that this film has been highly anticipated, especially after the slow-burning disappointment that was Prometheus, a film that nailed advertisements but fell oh so short of delivering the ‘Alien experience’. Granted, the build up to Covenant was good too. The trailers hit all the right spots, the promotional material was almost as on point as Prometheus's (I'm not sure anything will compare to the TED talk or David advert though), and Michael Fassbender - glorious Michael Fassbender, darling Michael Fassbender - promised a return of possibly the best portrayal of an AI that the silver screen has ever seen in ‘David’. My tickets were bought for the midnight release, and I've been reliably informed that I was worse than a child at Christmas on the way to the cinema.

I want to stop you here and let you know that Michael Fassbender as David did not disappoint. Regardless of what I say from here on out, his performance as David was as good as it has ever been. The set design, too, was fantastic. Granted, we didn't see a return to the classic sheer bulk of the computers from the 70's and 80's woefully misguided vision of the future, but that shouldn't take away from the fact that the set designers did a wonderful job.

It is only fair to say that Covenant completely fails to capture the essence of the Alien franchise. In Alien we had Ash, Dallas, Lambert, Brett, Parker, Kane, and - of course - Ripley. Seven years later Aliens gave us Hicks, Drake, Vasques, Apone, Bishop, Burk, to name but a few, yet most importantly we have the return of Ripley. All of these characters make such a lasting impression, despite the fact, there are so many of them crammed into a two hour and two and a half hour film respectively. We're not given time to fall in love, and yet we do. The writing and acting in these films is so subtle, so fantastic, that despite not knowing the ins and outs of the relationships between these characters, their backgrounds, their hopes and dreams, we still see them develop. We still hold a candle for them. Compare that to the new film and I can remember two of the characters names in Covenant. David and Walter, and I'm not even 100% sure about that last one. Both of these characters are played by Michael Fassbender. Neither of these characters are human, but they're the only ones I could bring myself to care about.

Maybe that's on purpose; maybe we're not supposed to look at this film as an extension of a much-loved franchise but as some sort of pretentious philosophical supplement to consider as humanity, in the real world, marches on towards the future. I mean, I highly doubt this is the case, but it's literally the only thing I can think of as a reason the human characters, the people we're traditionally supposed to care about, are so inconsequential.

Let me talk about the Xenomorph. In the past the Xenomorph was terrifying because it was practically an off-screen bad guy. It was a monster that drove fear into the hearts of the audience by its lack of presence. We never knew where it was, what it was doing. Heck, we hardly knew what it looked like! In Covenant we see a complete change to this psychological torment; the Xenomorph element is all but the main character. We see so much of this alien threat that any newcomers to the franchise wouldn't know that these creatures are supposed to be masters of concealment. The technology of the film industry has moved on so much and we can do such amazing things with CGI now that I can understand the temptation to show off how incredibly realistic you can make a Xenomorph look... but unfortunately, we're not given a realistic looking Xeno. We're given an over-animated beastie that moves more human-like than the guys in rubber suits we saw in the originals. Digging up one of the old costumes would have been as - if not more - effective. Here, at least, Covenant has fallen into the same trap as Alien 3; just because you can do something doesn't mean you should.

So far I've just moaned about some characterisation and stylistic preference, I hear you cry. Well, fear not, for there are plenty of issues with the plot on top of all of this! Honestly, like Prometheus, Covenant is about four scenes away from being a great movie. And like Prometheus I'm pretty sure those four scenes won't be included in an extended edition, so we're left with nothing short of a travesty.

The opening scene of the film is so important to understanding practically all of David's motives in Covenant that it feels like an afterthought. I know that that sounds counter-intuitive, but it's just kind of bolted onto the start of the film rather than integrated into it. It's a fantastic scene, reminiscent of Neo and the Architect in The Matrix: Reloaded in tone, but completely at odds with the rest of the film. In fact, it feels like a deleted scene from Prometheus that they forgot about but realised was kind of important and looked cool.

Tropes are a-plenty as the plot moves on. Why is it that 90% of all spaceship crews seem to have not had any sort of psych evaluations or training? Did the Company just think it'd be hilarious to hire a load of people who were functionally useless to go and start the biggest colonisation mission undertaken by mankind? Why do these people always have so much trouble following orders? And why did they think that following a distress signal that would take them off course thus completely jeopardising the mission would be big and clever? Why, when touching down on an alien planet that they know practically nothing about, did they think not wearing any safety gear was a good idea?

So much of this film just wouldn't have happened if the crew were slightly competent. It's almost as if Weyland Industries purposely hire morons so that films could be made about them, and as someone who is really interested in space travel and that side of the sciences, it's doesn't do much other than anger me. I'd go into all of the scientific inaccuracies (how the hell did they even change course so quickly?! It's a space ship, not a Ford Fiesta!) but I will accept that it's not in the spirit of the film to be nit-picky about that sort of thing.

Writing all of this down is doing nothing for my calm. I swear that somewhere, somewhat hidden, there is a good film in Covenant. It's not the sum of its parts, it's full of forgettable acting, glaring stupidity, pointless characters, and stupid scenes (for some reason David basically gives a Xenomorph a dancing lesson at one point). It also has amazing acting from Fassbender, hits some poignant questions about the nature of life, and has some beautiful cinematography. My wife said it watches like a weird fan fiction turned into a movie, and I think she hit the nail on the head with that description.

If I had to rate it I'd give it 4/10, and even then I fear I'm being generous. However, I would say it's worth watching, and maybe my mind will change in the future once I've watched it a few more times. My hate for Prometheus eased over time, a few re-watches and I think that Covenant may do the same, but I doubt I will ever be able to say that I actually liked it as a film within the Alien franchise.

P.S. And no, it doesn't answer any of those Burning Questions.