If you've not seen it yet, here it is:
What in all that is web slinging does this all mean?

Now, I'm not going to spend half of this blog explaining who MORBIUS is, because it kind of doesn't matter. If you're a comic nerd then you know, if you're only into the Marvel movies then the trailer gives you all the information you need anyway. Let's get into what we're both here to discuss;

Is this set in the MCU?
And if it is, what's the greater purpose of Morbius?

First of all, is this set in the MCU? To that my answer is a resounding 'YES'. There are so many things in this trailer that suggest so. The first hint we are shown is they advertise

"FROM THE PEOPLE WHO BROUGHT YOU 'SPIDER-MAN HOMECOMING', 'SPIDER-MAN FAR FROM HOME' AND 'VENOM'" (more on that later)

​Which begins to imply that they want you to associate this film with THOSE films. Now we could look at that as simply some SONY execs trying to draw a crowd and guarantee there's bums on seats, after all if you owned those properties, wouldn't you be shouting that out from the rooftops before EVERY film you made afterwards?

SONY execs seeing SPIDER-MAN being mentioned during the MORBIUS trailer
Well then let's look a little deeper. After that we get the first 45 minutes of the film kinda ruined for us, as all SONY trailers love doing that. Honestly, I feel no one at SONY even has a concept of foreplay. I feel like this trailer has shown me Act 1, Act 2 and the beginning of Act 3. But that's a whole different kettle of fish, what happens at next is a bit more interesting. We get Morbius walk past a graffiti of Spider-Man on the wall, this in itself has caused a few arguments online, as the Spider-Man they use isn't the MCU one.
Michael Keaton appears at the very end of the trailer. Again, I fear this is literally a scene from the end of the film, as that's what sony do best (watch 'The Amazing Spider-Man 2' trailer to see how horribly true that is), and yet again I must stay focussed as that's not what we're here to discuss. Now even though we aren't told who Michael Keaton is in this trailer, we only have to remember that he played 'The Vulture' in 'Spider-Man: Homecoming' to see another direct reference to MCU Spidey. If we have a closer look though, we can see a clear confirmation he is playing the Vulture in this trailer: 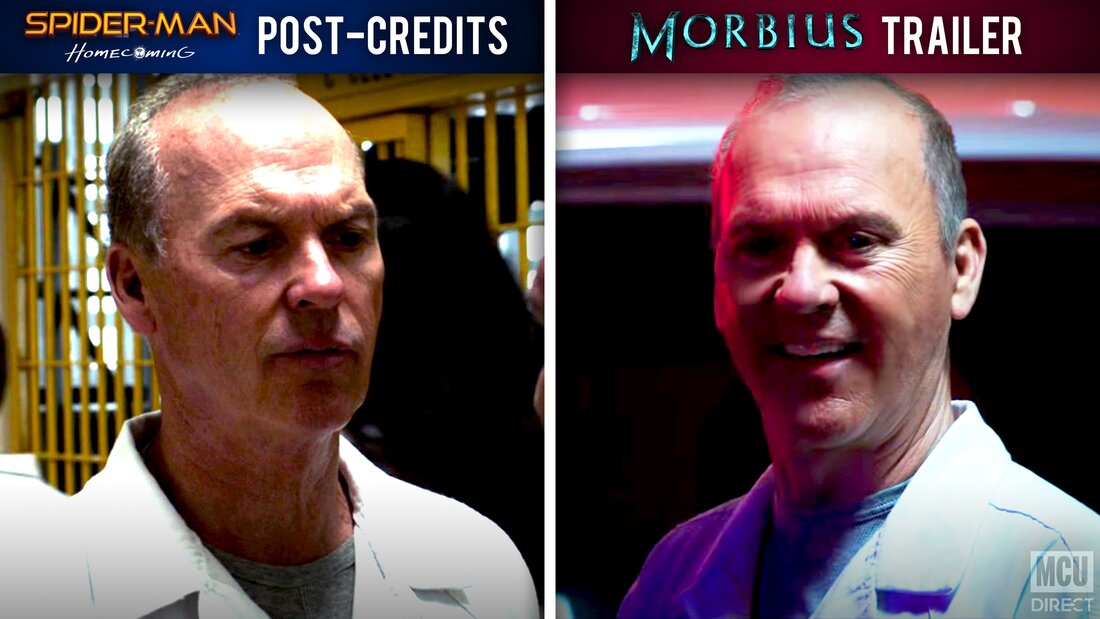 He's in his prison gear! He's in the exact same clobber as when we see him locked away with Scorpion. For me that's concrete proof this film is taking place in the MCU. But why? All MCU films introduce characters for a purpose. That's why I predicted ANT-MAN would be so important in 'Avengers Endgame' because; why else introduce a character unless they are going to have a significant impact on the story as a whole? There's a few theories to that... 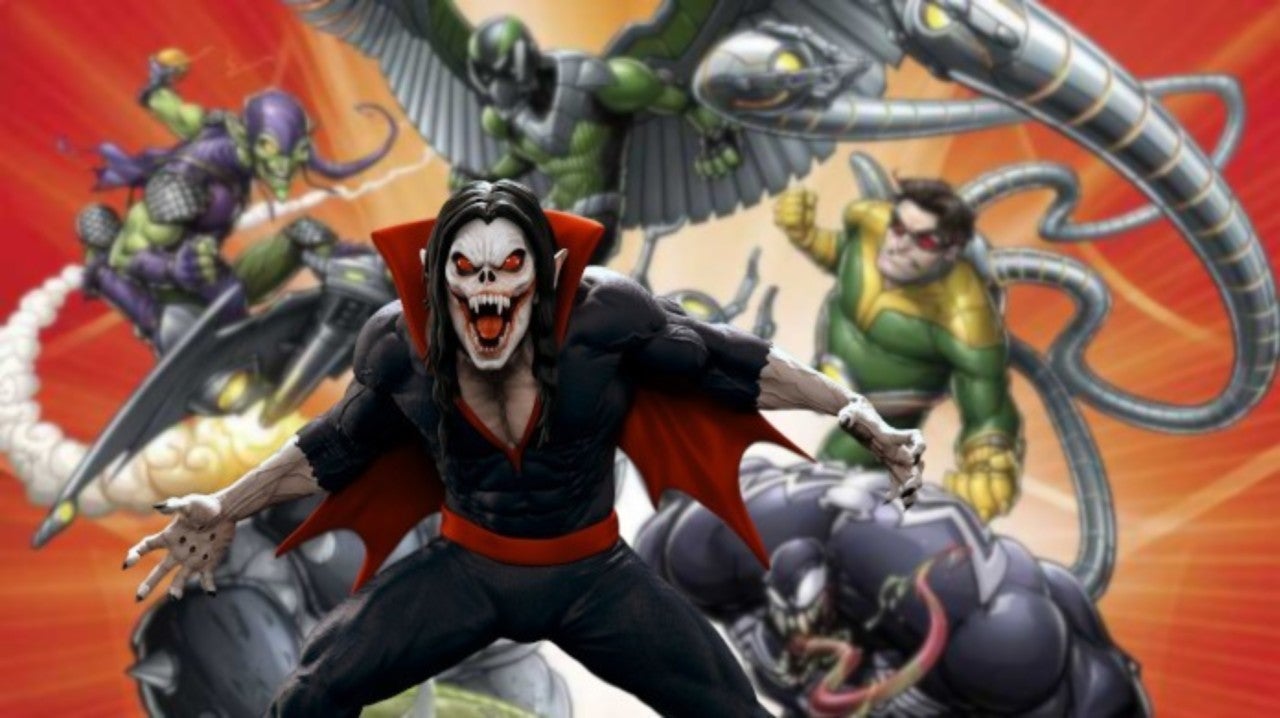 MORBIUS IS 1 OF THE SINISTER 6

OK. He's been in an iteration of the Sinister 6, but that line-up did include Vulture, Scorpion and Venom, all of which have now been established by SONY/Marvel. It's no secret that SONY have been wanting to make a Sinister 6 movie. After all, it's the reason for the complete breakdown in storytelling of Andrew Garfield's 'Amazing Spider-Man 2'. They just wanted to set up that fucking film! Even showing you the villain-tech off during the movie:

Vulture and Doc Ock tech
Bringing him into the MCU would give them another villain to add to Spidey's roster! Remember they only need 6. And Morbius would get them to having 5: Mysterio, Vulture, Scorpion, Morbius and Venom...wait, Venom is in the MCU? 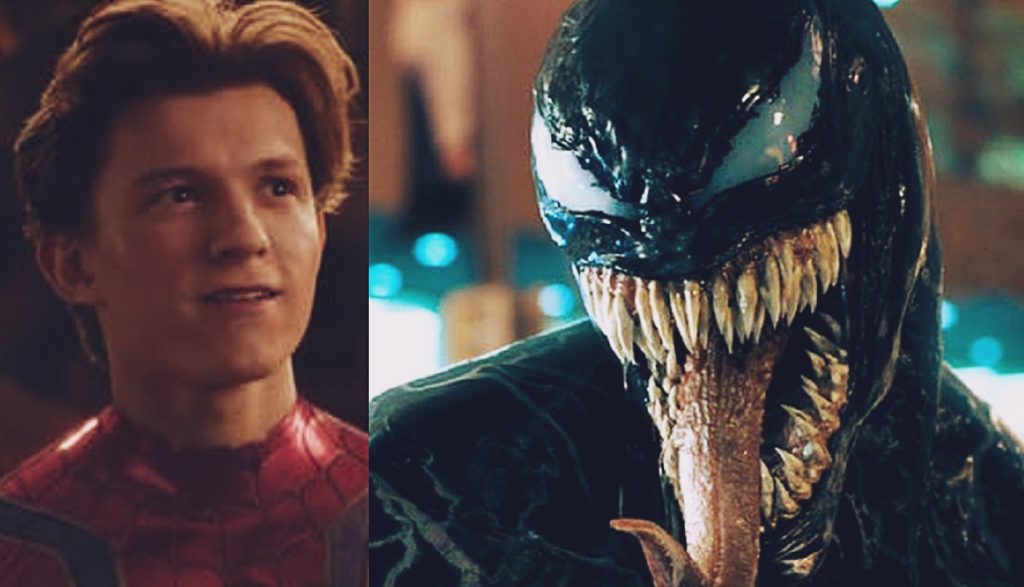 MORBIUS BEING IN THE MCU HELPS BRING VENOM INTO THE MCU

I'm not going to lie, this is a messy but probable reason. The first 'Venom' film was debunked by creators and writers as not being set in the MCU, to many online fan theorists displeasure. In fact the entire tone of the film was set somewhere in 1998, but that's another discussion...

However, SONY have confirmed that MCU Peter Parker is to appear in the sequel and making Venom part of the MCU wouldn't be too hard to retcon/fix. 'Venom' was set in San Francisco. The entire opposite side of the country from where the Avengers, and Spider-Man reside. Nothing that happened in that film needed the Avengers to come in and save the day, and if the film was set before Infinity War happened then...there were no Avengers anyway due to the results of Captain America: Civil War. Simply have Eddie Brock move to New York and...problem solved! He is geographically closer to the Avengers and thus the MCU. So how does Morbius help this? If Morbius can reference Symbiotes (remember Michael Morbius's work centers around him trying to find a cure for his blood disease, Symbiotes were being looked at for their medical benefits in Venom), or Eddie Brock, then it can neatly tie Venom into the MCU via the right door. It makes more sense for the SONY-VILLAIN-PROPERTY Marvel film to tie it in, and not something like 'Shang Chi...' in 2021. 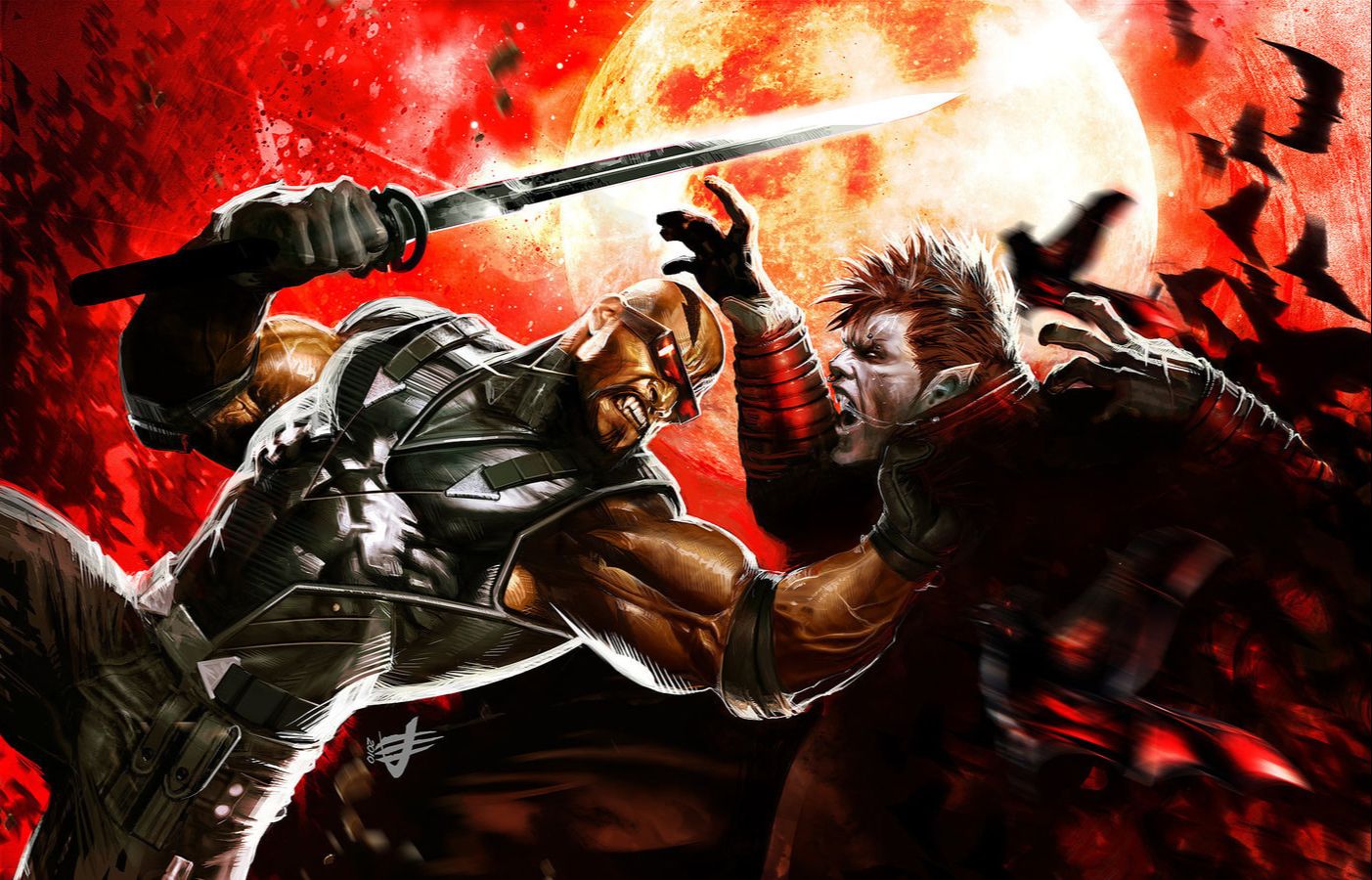 MORBIUS IN THE MCU CAN HELP INTRODUCE BLADE AND DRACULA TOO

Blade was announced by Kevin Feige and Marvel Studios last year, even including who will be portaying him, yet this left a few people confused. How were vampires going to be introduced into the MCU? They haven't been around or active in any stories, so why would they surface now? Some people have put forward that events spiralling out of 'Doctor Strange & the Multiverse of Madness' would bring them in, yet it looks more sensible and likely that Morbius would do that.

Sony do not own Blade or Marvel's Dracula but could really do with those characters for future storylines with Morbius himself. I'm sure there is a way that the creative teams behind both brands can find a way to tie in 'Morbius the Living Vampire' with 'Blade' the day walking vampire (who hunts vampires), and Dracula himself. I mean...it must be easier than multiversal magic, right?

There's other things that could be done to connect all these films as well. J. Jonah Jameson could be used in the same way that 'Thunderbolt' Ross or Agent Coulson were in the run up to the Avengers. Having him report like ALEX JONES spouting Vampire conspiracies, alien conspiracies with symbiotes etc, could work really well and lead nicely into Spider-Man himself. There's a ton of ways this could be done. Either way, Marvel allowing a blood sucking, vampiric element into its already established universe (I am of course talking about SONY as a whole) has benefits for both parties in the long run. I'm just left wondering where Carnage fits in with any of this...