This show should not work. Everyone knows it is an unparallelled fact that if you deviate far from the source material of a comic, your end product will not work. You won't capture the feeling or tone of the characters and story you're adapting. It is undeniable that if you take a beloved story and twist it to make your own version, you are committing heresy upon the original writers and artists, nay, to their massive fanbase as well. Look at Batman V Superman. Look at Daredevil (2003 film, not Netflix). You just don't do it.

This show should not work.

In case you didn't know, Preacher tells the story of Jesse Custer, a preacher with a sordid past in the small Texas town of Annville. He begins to lose his faith in his church and debates leaving. Tulip O'Hare, a mysterious woman from Jesse's violent past propositions him with a job, but Jesse seems troubled by the offer. Meanwhile Cassidy, an Irish vampire, lands in the town after a violent episode on a private jet. During a run-in with the abusive husband of one of his churchgoers, Jesse meets Cassidy. Jesse heads to the church to ask for a sign to continue being a Preacher. Here he is accidentally possessed by the supernatural creature named Genesis. Three days later, Jesse awakens and decides not to leave the church, saying he is not quite done yet. However, this might not be the story you are familiar with.​.. 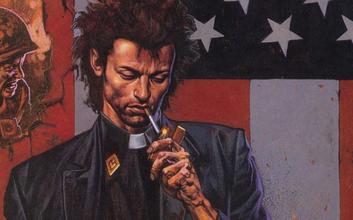 Preacher was a comic that ran from 1995 to 2000, sharing similar threads to this story and yet they're both quite different animals altogether. This show poses a question; does that matter? Should a show really keep its namesake when it's so very different from the source material?

​When this show was announced in 2013 there was skepticism. For starters everyone who had read Preacher knew the language in this comic was filth, the gore was abundant, the pages were thick with sacrilege towards Christian beliefs and a lot of the imagery was graphic both sexually and violently. How on earth they were going to transfer this to a prime-time AMC show was unclear to many. This worried fans, that they were going to have to cut out parts, water down and deviate away from the story. 'Correct' they were in their predictions of deviation, 'afraid' they should not have been as 'watered down' it is not. Our minds were put to rest when the first photos of 'Arse-face' appeared. 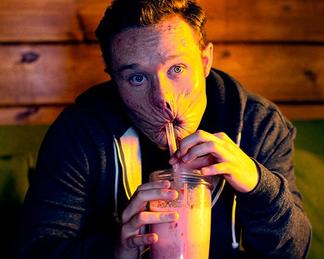 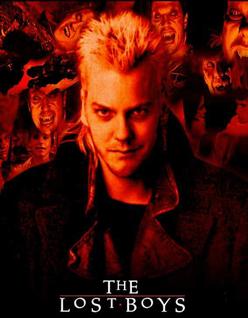 ​Preacher the TV show and Preacher the comic are always going to be 2 quite separate entities. And after watching this entire season, to me, that's a good thing. For starters the show not being a carbon copy leaves room for surprises and creative freedom. I enjoyed many aspects about this show and one of them was not knowing what was going to happen next. Too often with comic adaptions I feel like I am already familiar with the cadaver being paraded on show in front of me, whereas with this, I barely had any inkling as to what was to happen next. Another reason it became clear that this needed to be it's own thing, is that the comic is very of its time.

I am in no way slagging off the original Preacher here, nor am I saying the TV show is better. But I will point out that there are certain attributes of the comic that are very 90's. Attributes that may not translate as well to a 2016 television audience. Jesse is a bit of a cocky chauvinist, Tulip sometimes comes across as a ditzy, Courtney Love-esque mess (yes she brandishes a gun, but often she needs rescuing) and Cassidy could be the father of the Lost Boys. Top that with some of the language and "current events" that are mentioned and you have a comic that was very much a product of the mid 90's. What is a thrilling, unputdownable read now, may be nightmarishly cringeworthy and painful to watch. To adapt this true to the comic would have been a period piece trying to please all of the people all of the time.

​The thing is comics, re-do stories all the time. They reboot, re-brand, re-write classic stories and characters every 5 years. That's how they keep the characters so fresh. This new take on the story has made it a much more solid masterpiece. It isn't fair to compare it to the comic, it's its own beast and it is an amazing achievement. It should not work. But it does.

​The best way I can describe this show is, it's like Dogma meets Breaking Bad (thanks to Breaking Bad Vet. Sam Catlin). Here you have a very tongue in cheek look at Christianity, God and the big questions whilst also looking at the darkest recesses of humanity, containing extremely dark humour and gripping storylines. This is achieved through a series of protagonists who are in no way clearly the good guys or the bad guys. They're just people with motivations and whether you believe they're right or wrong kind of doesn't matter. You are on this journey with them and you feel compelled to follow them to the end of it. There's unrequited love, vengeance, bloodlust and the battle within of what's wrong and what's right. It's not all 'do not judge lest you be judged' though. There is evil though. Clear evil lies in their paths and whether they will be able to surmount it is uncertain. There's demons and Gods and...fuck! It does the whole Warner Bros. 'Suicide Squad' better than 'Suicide Squad'.

Real Squad Goals. Preacher proves less is more.
In the end, you completely forget about making any comparisons to the comic as it's just so entertaining and great to watch. And if you stick it out to the end, there's a reward for all the die hard readers to make them excited about Season 2.

I may have won the comic book lovers over, how about you regular telly addicts? Why should you watch?

Well for starters the cinematography is gorgeous in this. The camera angles, lighting and the desert overlays really make you feel like this town and its characters are in their own world. You don't think for a second that any of this couldn't be occurring, no matter how ridiculous it is because they give the impression that this is a small american town that doesn't know any better. Kind of like Eerie Indiana with that aforementioned Breaking Bad feeling. Some of the scenes are unforgettable and will forever be known as "the (insert noun here) scene". The Hotel scene. The Bar scene. The Chainsaw Scene! You have a fantastically funny script that works on so many levels. From hearing how a hard man like Cassidy secretly loves Justin Bieber to a no named background character's struggle to keep his testicles. Betwixt all the merriment and jokes is a very serious, soul searching story. A story that sees our anti-heroes in the line of fire varying from villainous foes sent from above to the thin blue line on earth itself. The important thing during all this is the characters on both sides.

​Jesse Custer (played by Dominic Cooper) is a cool, collected, mean sonofabitch. His problems begin and end in the bottom of a bottle. But rather than come off as a surly drunk, he is just clearly a lost man. He just wants purpose and as we slowly see his past revealed to us, page by page, each episode, this becomes more heartbreaking and more endearing, which are not words I would have chosen to describe him from episode 1. By the end of the series I was agreeing with every decision he made. He was my Preacher and I was his lamb. Tulip (played by Ruth Negga) has more balls than anyone in the show. There's shelves in my freezer that are warmer than her and I'd dare say that she is more in control of the people around her than God himself. A great quality of Tulip's character is how hard she is to love. You know full well that she's ticked every box in entertaining you. She's the action movie star of this show, she's Joan fuckin' McClain. Yet because her and Jesse seem opposed in their beliefs and paths, you are torn away from her, even if something in the back of your head tells you she's right. She like the tiny devil dancing on your shoulder. But what conscience do you follow?
#TeamJesse #TeamTulip 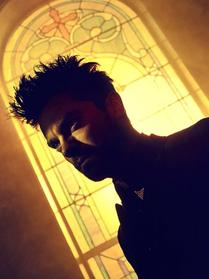 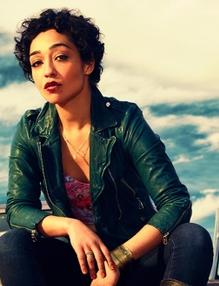 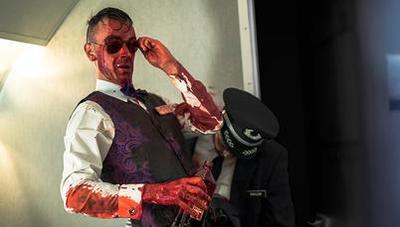 Finally Cassidy (played by Joseph Gilgun). I fell in love with him from the first line I struggled to understand him saying. What I love about him is that even though he's the most bonkers, out of control mess within the group, he's the only one who knows exactly what's going on throughout the whole series. On top of that charming irish accent, you have the perfect comic relief to combat Tulips cold demeanor and Jesse's adrift attitude. But the whole is more than the sum of the parts. These 3 together were amazing to watch. The chemistry between the actors is so watchable and real that I like to picture that they all go out drinking, smoking 20 decks and getting in trouble after filming. It's the only way that you can have that dynamic in front of a camera. The rest of the crew are amazing to watch as well. Odin Quincannon is pure insanity. The 2 angels are like Turkish and Tommy from Snatch. Arseface is surprisingly the most ethical voice out there! I don't want to talk about any more of the characters or their arcs as I don't want to ruin it for you.

If I had to pick out what I didn't like, I would say Tulips war against Jesse can kind of get annoying. I think they go for the whole immovable object, unstoppable force thing but it comes off as a little repetitive. I'd also say episode 3 is borderline pointless. To me, by the end of an episode there should be something new on the table. The events that happen in that episode don't really change anything. The pieces are all still where we left them by the end of episode 2. Not to say it wasn't entertaining, I just like pace and growth in my characters/stories. With that being said though it didn't really take away from the great spectacle that was 'Preacher'.

Just like Genesis, this is something new and just because it's new and different doesn't neccessarily mean it should be segregated and looked down upon. So whether you're a die hard comic fan or not, you should definitely give this a watch. Whether it's to fall in love with all the characters for the very first time or to fall in love with them again from a new perspective. Open your mind and heart to Jesu-I mean 'Preacher'. Open your mind and heart to Preacher.
​#PreacherSaves