RICK AND MORTY: VOLUME ONE 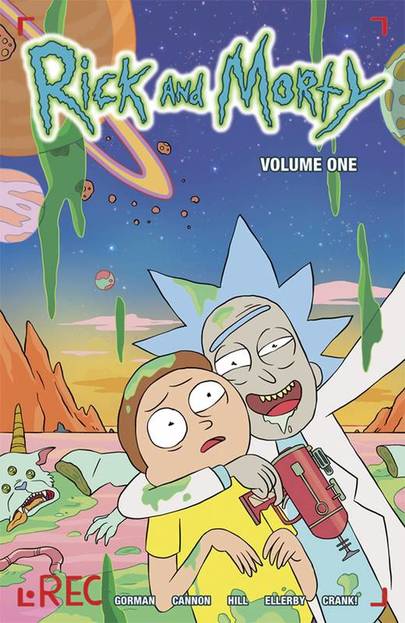 I was extremely dubious about this when it came out. It felt forced. It didn't even have Dan Harmon writing it!

Dan Harmon has come in leaps and bounds through the years and proven to have his finger on the pulse of pop culture, even though those in the business didn't originally have faith in him. Dan's premier began with 'Community', a great little show that grew from being a quirky sitcom to a crazy train of shenanigans and memorable characters. It made [Scrubs] look as normal as FRIENDS. Fast forward through the years and he had a rather large community of his own, petitioning for his return to the show after being made to walk the plank, and then the masses started watching and waiting for his next move. In 2013 his next project came, a cartoon about a slightly familiar looking duo aptly named 'Rick and Morty'. Albeit their adventures and mannerisms are far removed from that of the Doc and Marty.

It's easy to put your toxic, narcissistic shades on and jump legs first into the negative dimension. You know, the negative dimension? Where marketing machines st-st-stomp around, Morty! Where you constantly want to feed on your favour-urrrrp favourite characters in any way possible. You buy the T-Shirts, posters, watch every episode and then what Morty? You are empty and alone without that TV show you love so much. So they slap together a comic written by a guy with a similar looking name and you go out and bu-bu-buy it Morty, but it turns out to be shit Morty! Total shit! What do you do then Morty!? 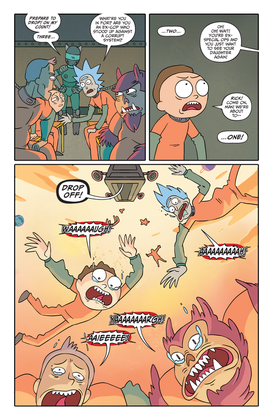 ​Woah, slow down Rick! This is the world of comics. Yes, some rubbish falls through the cracks and gets made but people who read comics are too judgemental and Dan Harmon is too clever to allow his brand to be allowed with any old rubbish. Let me tell you why this comic is as tasty and enjoyable as a little pot of schezwan sauce.

​The artwork is great to look at. It's just as imaginative and trippy as the cartoons. Strange looking pupils and bright tones overlay each panel as do the crazy creatures they meet on the way. Cannon and the team are still doing their own thing but never straying too far away from the footprints that Dan and his team left in the snow for them to follow. This was one of my biggest fears when I began reading this as one of the best parts of the show is the visuals. I didn't quite understand how they were going to translate that to a comic that probably didn't have the budget and large creative team behind it that a Marvel or DC 'event title' would. Thanks to a lot of 'less is more' artwork during the back and forth moments of Rick, Morty and the family, the impact of much larger panels and moments is a lot more grandiose and really let's you appreciate the colourful, deformed monsters, characters and explosions going on throughout the stories.

Another problem I pondered was whether the stories could even scratch the creative surface of Dan Harmon's tasty, pink brain. Before Rick and Morty what did we have that was even remotely like this? And could the foul-mouthed, improv banter between our two heroes be captured in pre-written speech bubbles? Somehow, the Eisner award winning writer Zac Gorman comes in leaps and bounds with both his short and episodic tales of this mad, dimensional jumping duo. He avoids the temptation of recycling jokes from the show, coming up with a lot of funny, humorous and memorable lines. Only ever treading near the script from the show to poke fun at itself. Zac also does a great job coming up with great concepts for the stories, again not having to resort to cheap cameos from other characters from the show unless it genuinely helps the tale take a unique and clever twist (Scary Terry is used in such a way) and introducing completely new ones who are more memorable than Katie Holmes portrayal of Rachel Dawes in Batman Begins.
I liked how some scenes read like they were improvised right there and then. I liked the short stories of Summer and Jerry at the back. I loved how touching some moments were between Rick and Morty whilst others were horrifying. I liked how this didn't step on the toes of the show yet doesn't come off as unnecessary. Wherever you choose to leave your brain when you watch Rick and Morty is exactly where you should leave it when you pick up and read this book. I think this book is for both Rick and Morty and comic book fans. Now if you don't mind me I have to go buy Volume's 2 + 3... 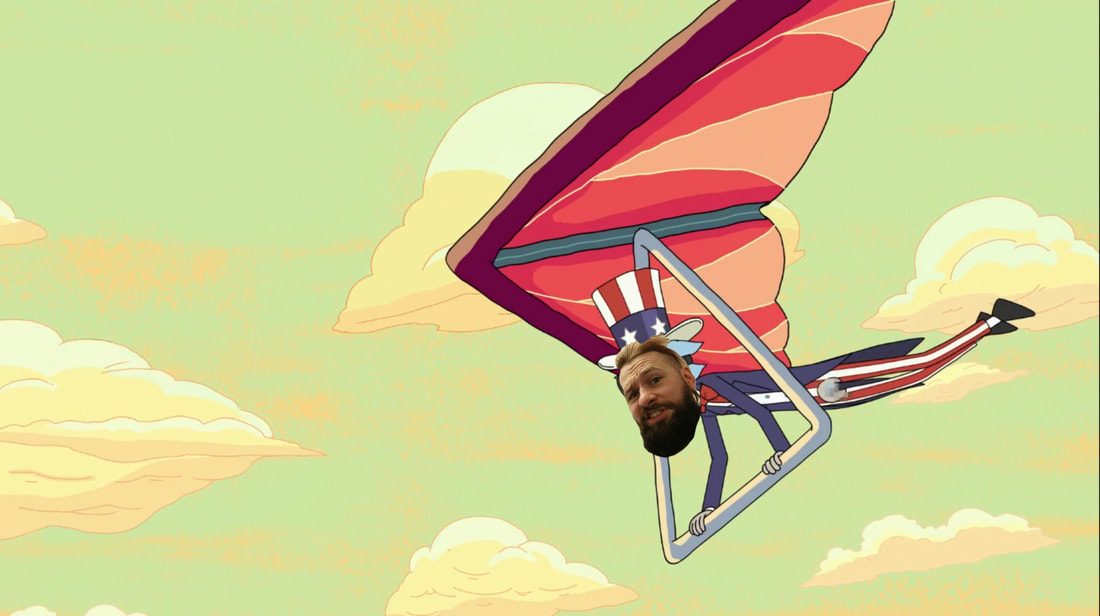