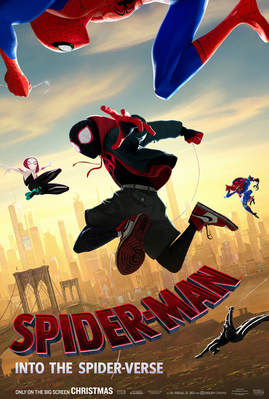 Has there ever really been a great Spider-Man movie? I think people should spend longer thinking about what that question means before answering. You have the Old Testament who love Sam Raimi's Spider-Man films, but they do seem very campy, a little dated and they don't really get Peter Parker totally right. The New Testament would say that the Andrew Garfield Spider-Man films are much truer to the material, but they were clunky, the stories were more complex than 20 years of Mexican soap opera and there is something a bit off about Garfield's portrayal of Peter, he's almost too cool. Then you have the Born Again's who will tell you that 'Homecoming' is the Spider-Man film we've all been waiting for...even though it strays even further from the original material than the past two franchises. On one hand that makes sense, audiences don't want the same story for a third time, however does that mean it's really the best SPIDER-MAN movie?
Sony and DC are similar that they have a live action studio and an animated studio. And just like DC, Sony's animated studio seem like they have their finger on the pulse of their audience. They understand their characters and the material they are dealing with. That's why SPIDER-MAN: INTO THE SPIDER-VERSE is without doubt, the best Spider-Man movie that's ever been made. That, and by making Miles Morales that star.

I'm a huge Miles fan. My very first blog that I ever wrote was about how Spider-Man should NOT be introduced into the MCU, unless it was Miles Morales, as Peter Parker had been done too much (someone at Sony must have read my work). Now, I feel Miles is going to be even more in the mainstream than he already has quickly become since 2011. Miles story is very simple in this, he's a very intelligent young man and his parents want him to do well so put him in a boarding school. However, Miles is harmlessly wayward. He admires vigilantism, artistic vandalism, and modern hip-hop. All things his police officer dad believe will lead Miles down the path of his ex-con brother, who Miles seems to have a closer bond with. Oh, and meanwhile, the Kingpin is trying to build a machine that threatens to collide all of the multi-verse on itself in New York City. That too.

SPIDER-MAN: INTO THE SPIDER-VERSE has so much going for it, it's hard to know where to start. I think the most obvious thing to talk about is the animation style. This film is the most comic book looking film since 'Scott Pilgrim vs The World'. 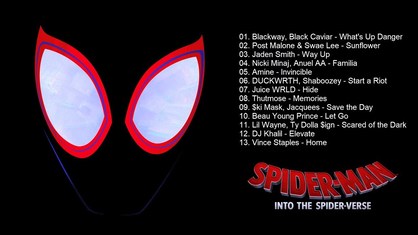 The storytelling is spot on. I haven't seen a film balance such an abundance of characters and story since Captain America: Civil War. They have a really clever way of telling each characters origins, it's repetative but that's what makes it funny, especially when the differences in the repetition kick in. The humour is stellar as well. On top of all the amazing one liners that you expect from a Spider-Man film, you have some brilliant visual gags that are reminiscent of early Deadpool comics and the movie is clever enough to reference all it's previous incarnations in a clever, self depricating way. There are TONNES of easter eggs littered throughout this film as well. I won't give any away but make sure to check Miles contact list when he looks through his phone, and look at headlines on newspapers. The studio has truly gone to some length to fill each scene with either depth and colour, or humour and detail. And it's the details you don't see that make this film a cut above the rest. Like getting Nicolas Cage to play Spider-Man Noir is perfect casting (the guy has already been Superman this year in 'TEEN TITANS GO TO THE MOVIES', is he gunning for our Nerdy Hero of the Year 2018 award?). Rather than have New York as a backdrop, have it truly set DEEP in New York. Making New York as important a character as Miles himself gives this film so much more depth, you become immersed in his world. In his Spider-Verse. Oh, and that soundtrack? Holy moly, I don't even like this kind of music and I have to admit that the music is not only banging but matched what was happening on screen PERFECTLY!

The villains are class as well. Yes, villains. I won't say who makes an appearance but it wouldn't be a Spider-Man film with just a singular bad guy from his rogues gallery. Kingpin himself is every bit as complicated and ominous as he has recently become known for on Netflix's Daredevil series. In fact, he really adds to the darkest moments in this film and more than shows that just because he has no superpowers, he is a very dangerous foe for Spider-Man to become entangled with.

This film was really a massive shock for so many reasons. It makes you wonder how Sony couldn't get it right for so long, and if Marvel ACTUALLY have it right, now. There isn't a Spider-Man fan who won't love this film. Fact. And it will probably spawn many more fans. As we left the cinema, friend of the site, Diz, said he really wanted to read 'Spider-Gwen' and went straight on his phone to order the first trade. This will open up so many more Spider-Verse's for people. And I'd love a sequel, maybe with Silk and Superior Spider-Man. This film is so clever as it is open to so many directions and so many possibilities for where it goes from here. The MCU Spider-Man is trapped in the one universe, but Sony Animation is free and can go for Miles and Miles and Miles...