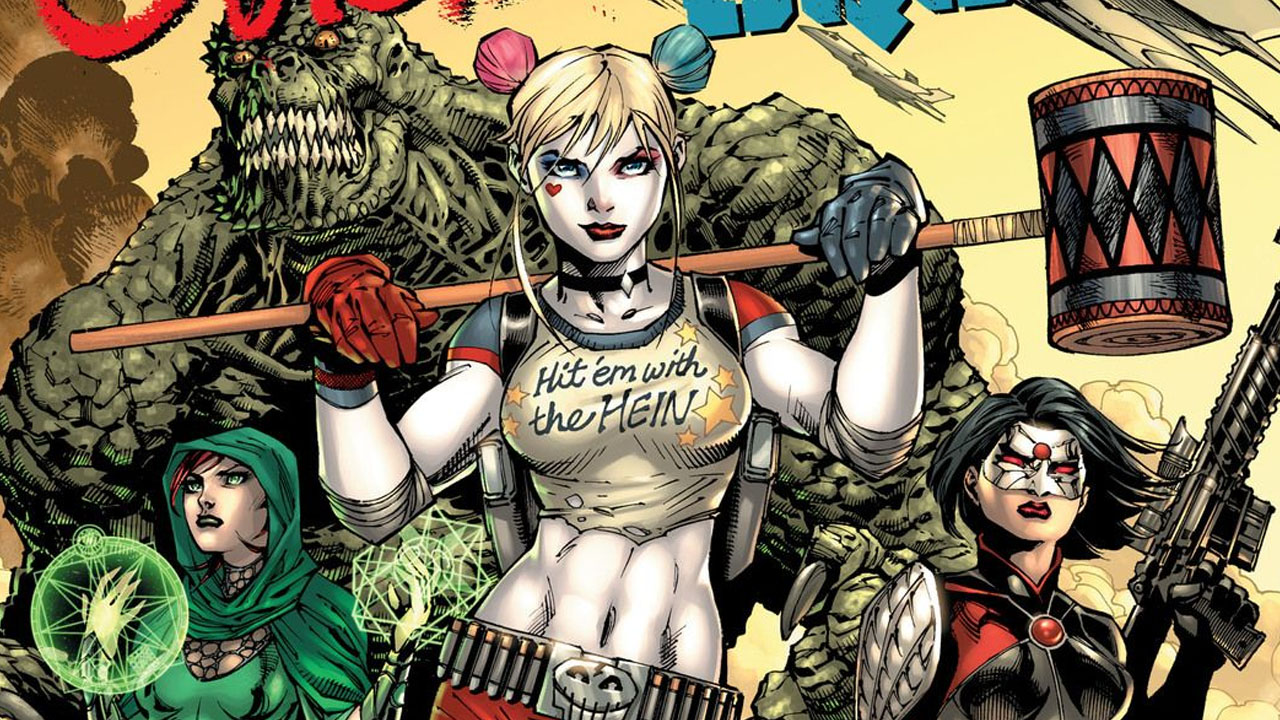 ​The book opens with a conversation between Suicide Squad assembler Amanda Waller and President Obama in the White House. This sets the stage and fills in any newcomers to the concept of Task Force X, and it's place in society and in politics. Then we get some background on Col. Rick Flag and his past demons, as Waller attempts to recruit him to lead her new Suicide Squad. This is about as serious as it gets, as straight after we are launched into battle with the Squad themselves. Our first encounter they are fighting an army of artificially enhanced Asian citizens turned meta superheroes, and then they're launched into space(?!) Yep, the whole thing is batshit crazy. And it's great! Hi octane thrills aplenty as you are dragged along into the chaos whether we like it or not, you find yourself actually enjoying the banter and ridiculousness of it all. I laughed out loud on many occasions, and would defy you not to do the same. The writing by Rob Williams in this book is actually really good. Lots of witty humour and funny dialogue that you would expect from a Suicide Squad book. 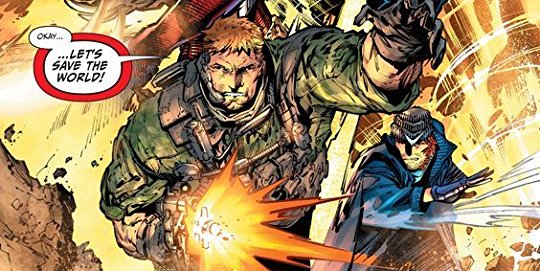 Amongst the super violence and gore, there's actually a couple of heartfelt moments that will catch you off guard. As you follow them along this madcap adventure you start to care for these despicably endearing characters. And here's the clincher; I believe this is something any self respecting comic book reader will enjoy. I believe even people who snubbed the movie would have fun with this. Simply because it's a well put together comic book. The art is solid and the script keeps you interested. It's not reinventing the genre or anything groundbreaking, but it's a hell of a good time, and I'd literally recommend it for anyone to read. Give it to your brother or your girlfriend, the humour, art and story is something that is so broad it would appeal to anyone teen to middle aged. It's got a classic superhero comic book feel to it. Simple, easy to follow along story. There are some pretty cool page turning reveals paying fan service, and some genuinely shocking moments that will have you gasping!

​Highlights for me would definitely include the mini stories at the end of every issue, revealing backstory for each member of the Squad. My personal favourite is the Deadshot one which is illustrated by the brilliantly talented Jason Fabok. Fabok is on everyone's hot list right now, and reading these stories it's not hard to see why. The guy kills it every time. Depicting these characters perfectly and emoting expression beautifully. As for the art in the main bulk of the book Jim Lee is being Jim Lee. Which can only be a good thing, right? Say what you will about the man, he's a talented dude and a living legend. His classic contemporary style has influenced many of the big and up and coming names in the industry today. I'm personally a big fan of his. He can do it all; dynamic action and exciting panelling, as well as emoting. One thing that I always think Lee does so well is rendering each character uniquely every time. You can always tell who is who, and you're never confused between characters. Even in a book where there's lots of characters thrown in the mix together in a team book such as this. This is something that often gets overlooked, and I believe to be an important skill for a comic book artist to have. His work is inked by Scott Williams who does a fantastic job. Really solid work throughout this book. After all, with all those lines by Lee, the guy deserves a medal for patience and speed! He makes it look so slick aswell. Hats off Mr. Williams! 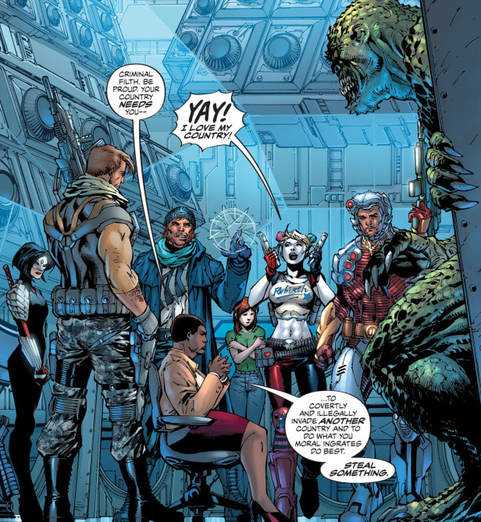 The colour work by the consistently fantastic Alex Sinclair is consistently fantastic. Bright, bold and beautiful to look at. It really makes this book sing. Like listening to Blitzkrieg Bop by the Ramones, or the bubblegum pop punk of Descendents. In a nutshell, it's pretty to look at and very easy on the eyes indeed. Even Killer Croc's vomit looks great.
The whole thing reads very easily, and serves its purpose as an introduction to the characters, and sets up the dynamic of the team. The only drawbacks of this book is that it's simplicity may be too much for some readers looking for something with a bit more substance. But if you like your comics or be a quick easy read, then this is the title for you. Leave your brain at the door and enjoy it. Escape reality for an hour or two, with some likeable characters and visually entertaining action. After all isn't that what comic books are all about?
​By Chris Wakefield
Twitter - @ChrisWakefield0