Hail and rejoice! If you are here, then you surely have seen Avengers: Infinity War. If not, then what on earth are you doing here? You are not a child of Thanos, and as such, not worthy of reading this blog! Thanos demands your attention!! Go now, like a faithful rabbit into the cosmos, and find what you never knew you were seeking. The glory that is Infinity War will rid your body of any childhood innocence it had left and leave your body ready to embrace this blog. 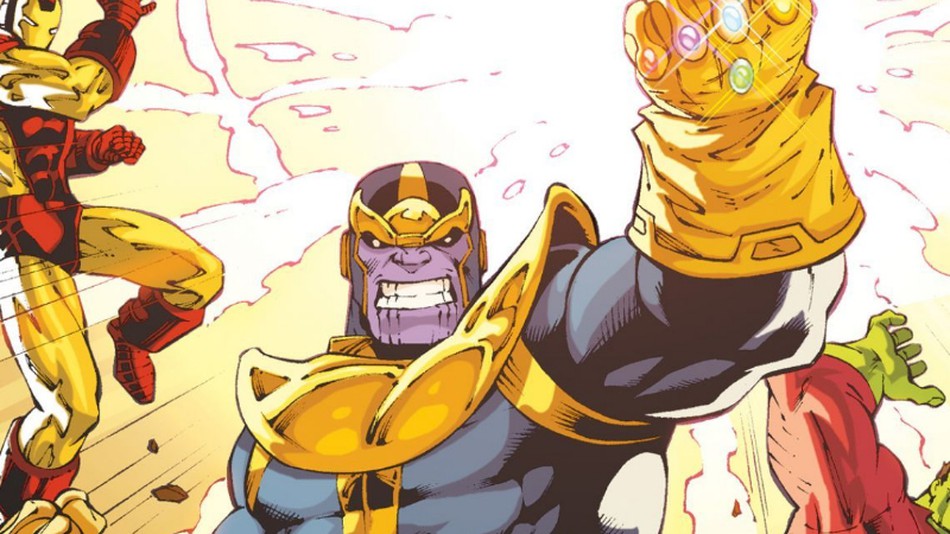 For those of you still here. Well done. Thanos has let you live, now you may sit within our circle of grateful not-dead, and ponder what is now to come. Because that is what we're all asking, aren't we?

Since leaving the cinema; questions, ideas and theories have been abuzz in my mind, in my friend's minds, and the internet as a whole, but are any actually any good? Here I've compiled a list of the most interesting theories I have read or heard so far. Since none of them are actual theses, I have took the liberty of naming them myself.
The "Miek's dead" theory

If we look ahead at what information Marvel HAVE released to us, we only have 5 films. Ant-Man and the Wasp, Captain Marvel, Avengers 4, Spider-Man 2 and Guardians of the Galaxy 3. I've always guessed that Infinity War wasn't going to wrap up nicely, as it was originally announced to be a two parter. The Russo Brothers changed that when they joined the project, so my guess was always that they didn't want to give anything away before you go into the cinema. Smart move. Because of this, I then predict Ant-Man and the Wasp will be set BEFORE the events of Infinity War (my forecasts are quite good as I also predicted, and have steadily maintained, Red Skull was still alive).

A comment by Black Widow in Infinity War confirms that Scott is on house arrest. If they all escaped at the end of Civil War, that means that he and Hawkeye have been apprehended in the time between these 2 films. I can't tell you how Clint went down but Ant-Man and the Wasp will probably confirm what happened to our miniscule hero. With that being said, we know Captain Marvel is also set in the 90's BEFORE Infinity War. Why do I bring this up? Because our own comic comrade, Chris 'Thunderbolt' Wakefield theorises that Spider-Man 2 could indeed be set before the events of Infinity War, and be the origin story we never got in the first one. Okay, so what about Guardians? Well, at the end of Volume 2, we see the original COMIC line-up come together, with Sylvester Stallone and team. Could we get a film from them under the Volume 3 moniker?

That would mean everyone is actually dead! Think about it. Doctor Strange has no films in the pipeline confirmed. Black Panther? They may not have predicted how big that film would explode, and they kind of killed both of his biggest enemies in the last film. And what would give the ending of this film even more gravitas if it committed, stuck the landing, and just killed all these characters?

Groot may not be dead if that's any consolation. We saw he gifted his arm for Thor to make the Stormbreaker Axe. And it's fairly common knowledge now that Groot can regrow from any part of himself. He just needs to be planted and rooted. Unfortunately you're not going to get much of a fight out of him right away.
The "We've got to go back, Marty!" theory

Yes, time travel. My least favourite way of telling a story. I know that sounds odd coming out of the mouth of a guy who has a TARDIS tattooed on him, but the truth is...not many stories tell it correctly. There is a science to time travel. Like...actual science. Doctor Who follows these rules (and always mostly has), Back to the Future takes some liberties, but explains alternate timelines and such in BTTF2, so all is forgiven. We know time travel exists in the MCU because of the presence of the Time Stone.

We also know that Ant-Man explored the quantum realm in its third act, and this is where time travel can also play a part. Marvel actually hired a quantum physics advisor/expert for the upcoming Ant-Man AND Captain Marvel films, so we can assume that time travel is going to play a role in both of these movies. But what could they do? Where exactly in time could all the Avengers go?

If you think about it, we never actually saw Thanos get the Power Stone. We're just told he ravaged Xandar to get it. Could the Avengers go back in time and take their fight to a stoneless Thanos on Xandar? But what would this do to the timeline? Wouldn't that just negate every plot point from this movie, making it somewhat pointless? Whilst this theory of going back to save everyone would make a lot of people happy, it would probably ruin the story of Avengers 4 and the legacy that this movie has already created. NEXT!

The "Honey, I shrunk the kids" theory

What if they're not dead? But are just being kept somewhere that we can not see them. Remember, it wasn't just our heroes that disappeared, but city populations too. Marvel couldn't just wipe out half of all life on Earth and keep that as canon. It will have to be reversed, but how? This is where we should turn our heads to the comics. You see, the Soul Stone differs from the other five Infinity Stones in that it’s actually sentient. It is a living thing and wants to consume souls (You think that's weird? Look up Danny from DOOM PATROL comics. That's sentience on another level).

By "consume" I mean the soul stone siphons people's soul/conscience into a special pocket dimension called the “Soul World” where they live out a relatively idyllic, surreal life as its prisoners. Now, pocket dimensions definitely exist in the MCU. In Ragnarok, Odin said he banished Hela to 'Hel'. A pocket dimension that his life force kept from opening back up. Also, we actually saw what could be the Soul World in Infinity War, when Thanos was temporarily teleported to a strange orange-skyed place. Young Gamora is there too, and fully aware of Thano's timeline, not acting at all like a memory. This would not only mean the Soul World exists in the MCU, but that a person who was killed in proximity to the Stone (rather than by the Stone itself) could end up there. That gives us hope. Mad, comic , meta hope!

I particularly like this one. It's one of those fan speculative theories that's entire basis is on how this would make you 'feel' at the end of the film, and whilst I personally might miss some characters if they were killed off, I'm much more bothered about the quality of the story. So rather than explain it, I'll let him/her explain it themselves:

What did Doctor Strange mean by "Tony, there was no other way"? Can Stark get back to earth with just Nebula and a broken spaceship (Answer: Hell yeah he can)? Will we ever see HULK again? What are your theories? Let us know by getting in touch on Twitter or Instagram - @talknerdyuk or e-mail us talknerdyuk@gmail.com and we'll read them out on the next podcast.