The Web Is Wrong

Before TALK NERDY TO ME was even a glint in the eyes of JB,Gaz and crew, JB wrote blogs for another site called 'The Secret Geek'. This was the very first blog he ever wrote, and to celebrate 5 years of TALK NERDY TO ME we're publishing it for the first time here. We'll set the scene for you; It's February 2015 and JB decides he's going to write a blog about how he doesn't want Disney and Sony to attempt to put Spider-Man in the MCU. On the day this is published, Disney and Sony confirm that Spider-Man is indeed coming to the MCU...

NO ONE LIKES SPIDERS!

No one likes spiders. If you say you do, you're a goddamn liar. Or you didn't get exposed to the 1990 horror film 'Arachnophobia' at 5 years old like I did. If you haven't seen it, I can't honestly say if it's still scary. I don't know if it stands the test of time, but I know I don't want to watch it again any time soon to find out. The point is spiders are creepy to look at. We all believe they are watching us whilst we sleep, that they are all waiting to climb in our mouths, and they ended up killing the 3rd Doctor ('Planet of the Spiders'). But for every negative there is a positive. They eat lots of other bugs I don't like in my living space, they aren't actually interested in our sleeping mouths, and after the 3rd Doctor we inevitably got the 4th Doctor (the awesome Tom Baker). Also if spiders didn't exist, one Peter Parker wouldn't have gained his super-powers and we would never have been given 'The Amazing Spider-Man' comic. Instead it would have been some other tiny creature. Like an ant. Imagine! How ridiculous does the 'Ant-Man' sound. 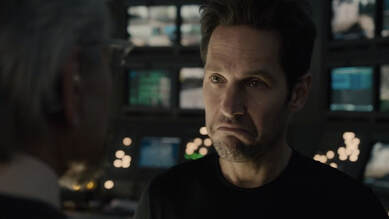 But here's the thing. Even though some people have been rolling their eyes at the idea of Marvel's upcoming 'Ant-Man', our favourite web-head hasn't had the best run when making the transition to the big screen. Hell he didn't even transition well to the small screen. I don't know about you but I can't stand the campy badly drawn 60's Spider-Man cartoons. Except of course, when it's in a hilarious meme form. 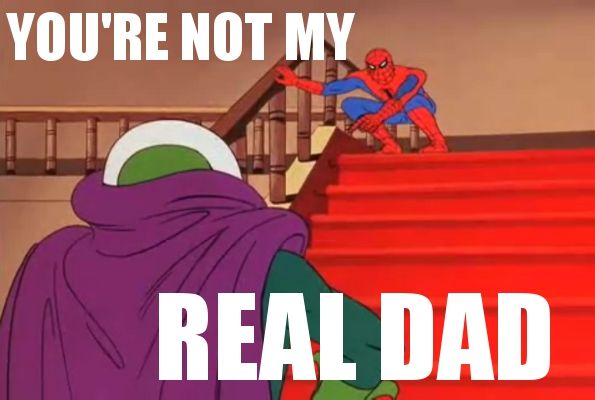 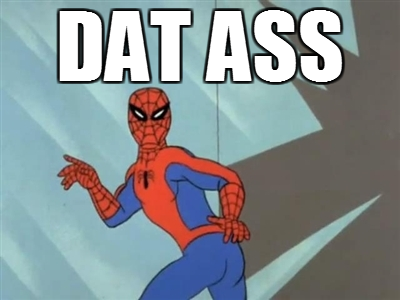 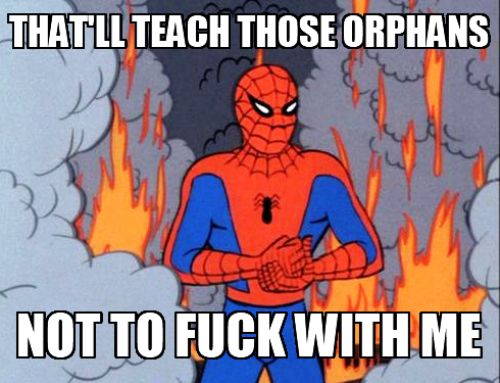 Don't even talk to me about the late 70's or Japan's interpretations. I've seen better cosplay at Slough Comic-Con [I have since warmed to the Japanese version, watch the documentary episode about it's creation on Disney+'s 'Marvel 616' show - JB].
Don't forget J.K. Simmons as J. Jonah Jameson!! I don't believe any man will play that role as good as him ever again!! He embodied the comic. In fact this movie was so good that 2 years later the sequel came out and we ALL went. I remember walking out and saying to my mates that it was better than the first. Sam Raimi went all Evil Dead with his Doc Ock and Sum-41 were the OST. What could go wrong?
​​
Well we all know what happened, we just don't like to talk about it.

Fast forward to just over 10 years since Tobey Macguire's portrayal and we have a reboot. But it's been 10 years. Superhero films have changed, they've become vast and expansive thanks to Marvel Studios. They could be shown in a much more serious tone thanks to The Dark Knight. People are also much stronger critics on this stuff now. As much as people think they can just make a film 'superhero related' we won't immediately throw our money at it. 'Superman Returns'? What a massive lump of Krypto-shite.
Threw it into a hat and whatever order it came out in, they did just that. And isn't Kirsten Dunst just hugging a Spider-Mannequin in this scene!?

So how was the reboot? How was 'The Amazing Spider-Man'? It was....okay. I enjoyed it, more because I'd missed seeing the guy on the big screen. They got Doctor Conners mostly right. Definitely some teething issues though. But that's cool/bang on trend because I'm sure that the next one will be...wait...what are you doing? Why are you adding....but you already have Electro why do we need Rhino?? Why would his parents have an underground train lair?? Why didn't they just hide there when they went on the run!? Wait, why is Hans Zimmer writing DUBSTEP??

The more I think about it Spider-Man is a very foredoomed role. Anyone remember that stupid fucking Broadway musical about Spidey that Bono and TheEdge, of iPod rapists 'U2', were writing the music for? For 3 years performers were injured during rehearsals, actors and directors left, opening nights got moved and it was plagued with issues (The "Amazing" Spider-Man got stuck above the crowd for 40 minutes one night). Now the last thing I've heard is that there are talks to try and get Spidey in the MCU under terms both Sony and Marvel are happy with. That's like expecting 2 obese children from the Wirral to happily and evenly share a Greggs Steak Bake without them making a massive mess and one stabbing the other with a rusty bottle opener, the same one his dad left on the couch the night he packed up and ran to Bury with Susanne 3 doors down. If it does happen, it isn't going to happen how we want as there's more than just the pasty at stake here. We could end up tarnishing what we have already.

Everyday I see more and more videos and articles on the web begging for him to join the Avengers on the big screen but I personally disagree. The Amazing Spider-Man is an amazing curse and I find myself wanting him to stay off my screens, but not indefinitely. RDJ can't be Iron Man forever. Just like in comics, the MCU will need rebooting. When it does, I think we'll be ready for our Spider-Man. So just hold off for now and enjoy the fact we have our Hulk Buster armour and our Pym Particles this year. Let's keep Peter comic bound a while longer. It's not like there isn't enough material for you to read if you get an urge for some of your favourite wall crawler. And if you want a Spider-Man on the big screen... who said it needs to be Peter Parker? 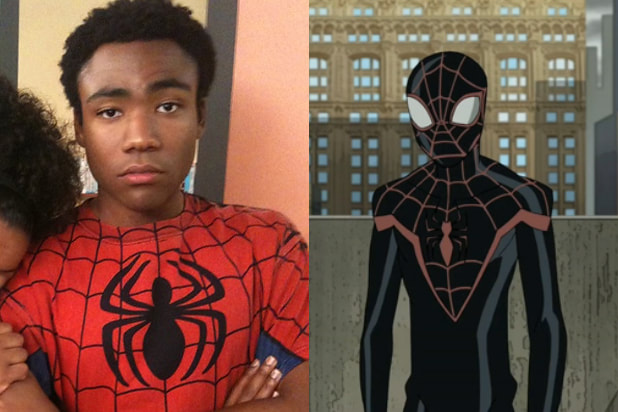