WAITER, I THINK THERE'S SOME COMIC IN MY TV

Is it a bird? Is it a plane? No, it's ANOTHER TV SHOW ADAPTED FROM A COMIC!!

When I grew up there was 4 channels. A fifth one arrived at some point, there was a little hoo-hah but then there was nothing on it worth watching and like a fart in an empty lift, it made no difference to our lives. My shows were perfectly scheduled 30 minute morsels that I planned my life around. I could go see my friends, try a different route on 'Starfox 64' and watch shows like X-Men and Sabrina The Teenage Witch all in one day.

Now we have more channels than Ed Sheeran has number 1's, and just as determined as Mr Sheeran is to get a cameo on each of these channels, so are these channel's executives determined to put some TV show on that's already a comic book property. And why not? Comics contain some of the best stories and tales that have ever been told. They are such a great source of entertainment that when studios stray too far from them we throw massive bitch fits. But is there a line that we are on the verge of crossing by doing this? Wanting TV shows to be loyal to a beloved property is a commendable trait, however can you say that everything transfers from page to screen that seamlessly?

Comics are in a new age and are some of the most wanted holdings in media at the moment. When I hear a new show is coming out, it's always from a comic. Yes, some of them are tied to certain "universes" and are thickening up or world building, but a fair few are brand new shows. The thing is though, I feel like I've got enough to get through as it is.

This kind of thing happens a lot. You see it especially in music. A band comes out with a new sound. Record labels scramble to get hold of bands that also have a foot in the door to this scene and by the end of it you end up signing a band like SILVERCHAIR (no offense Australia but I don't even think SILVERCHAIR like SILVERCHAIR). 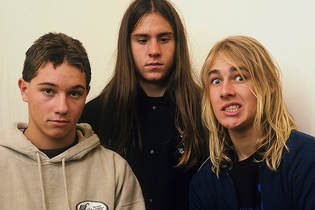 My fear is that we are honestly milking the cow dry. Hear me out, just last year we had new seasons of:

Most of these show's episodes are a good hour long. When was I meant to watch all of these!? Poor AGENT CARTER didn't stand a chance did she? If you're going to get into a series now, you have to invest some time and dedication into it (why else would I have ended up watching the entire IRON FIST run?). And this would be fine if they were all shows that were on par with DAREDEVIL season 1, but they're not!

​'iZombie' unravelled for me this year and lost my interest. 'Preacher' was 3 episodes too long. 'The Tick' was as confused as John Travolta in a gay bar (just go for it John, we just want you to be happy). 'Iron Fist' and 'Inhumans' were acceptable viewing 20 years ago, and 'Defenders' was one of the biggest flops since Ginger Spice released her solo career. And they're the ones that I watched! 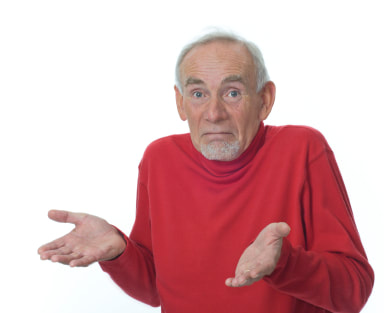 I have friends who tell me 'Gotham' is great one week, but shite another. I have friends who watch 'The Walking Dead' because...that's just what they do now, then they just complain to me that it's boring. And our very own Talk Nerdy, comic lover Chris watches 'Riverdale' for the beautiful people and the cheesey storylines. There's no Salem the talking cat in it so it can only be rubbish. And these are just the shows based on comics!

​Remember we have shows like Stranger Things, Game of Thrones, Rick and Morty. We got new series of Star Trek, Twin peaks and Black Mirror. In fact there are terrific new, original dramas and comedies available now! Our film reviewer, Gaz, is telling me about them all the time! But how can I justify watching ATLANTA when I haven't even finished season 1 of ARROW? How can I watch 'Billions' when I still haven't watched 'Black Lightning'?

On top of all these other shows, I already have comics I want to read, movies I need to see and books I want to devour. I also have places I want to go, music/podcasts I want to listen to and people I want to go hang out with. Don't get me wrong, this is definitely a first world geek problem. "Oh, I have too many shows to watch and not enough time! Woe is me!" but in truth the thought of trying to decide on a show to watch is as fucking daunting as a single man's wash basket. And what doesn't help is seeing the pile of washing getting bigger. In 2018, on top of what we got last year, we have new seasons of:

And I have probably missed some. TV is having the best years of its life! Movie stars are flocking from their massive silver screens to star in our Ultra HD, wall mounted, living room streamed shows and we're basking in all its glory. But I cannot help but feel that we're being lambasted with too much at once, greenlighting some shows that don't deserve a yellow light and pigeonholing our imaginations and ideas into a flatscreen-DC/Marvel/Comic-show-box. I mean fucking 'KRYPTON' for fucks sake, really?

It's happening in movies right now. Unless it says DC, Marvel, Disney or STAR WARS we're not as interested. Some amazing original movies came out this year and either flopped or got no attention (to be fair some DC properties did too). 'Logan Lucky', 'A Ghost Story' and 'Blade Runner 2049' were all films last year I didn't go see and, apparently, they're all amazing! I have now made a conscientious effort this year to go see more films as a result of that (I'm going to see 'Three Billboards Outside Ebbing, Missouri' this week). I believe the same is happening to TV.

We're getting so much 3 out of 5 star rated, comic book television series' rammed down our throats we're not paying attention to some of the best original series out there. At least I know I'm not, and you know who's to blame? Us. We wanted this. We wanted more comic adaptations because they're the best stories we've ever fucking read. We wanted them to stay loyal to the source material because "why change what isn't broken"? But it isn't working. Not all stories transfer as elegantly as DAREDEVIL season 1. Inhumans needed a fresh set of ideas to get it to work and isn't ARROW just Batman?

It's not all bad. There's projects in the works I am excited about (V for Vendetta as television series? Oh, go on). I am also genuinely looking forward to the WATCHMEN and UMBRELLA ACADEMY series, I have been told that 'Flash' is amazing and I'm probably going to have fun binging it when I get round to it. On the other hand, whilst I am busy doing that, I can't help think that there will be something amazing, original and thought provoking, I and the rest of the world, will be missing out on.