Robert Pattinson has been confirmed as the new Batman. 'DEADLINE' is reporting that whilst he hasn't signed anything officially yet, this is because Warner Bros management and the actors own management are hashing out formalities in his contract, no major hurdles are left and no one else is being looked at to be cast. So unless he dies in the next month, it's Robert Pattinson who will be playing Batman. What else do we know? Well;

1) The Batman film will release in 2021 and will not be connected to Battfleck in any way.
2) DC/Warner Bros are hoping to do a trilogy (hence the hashing out of the contract).
3) It's not an origin film.
4) It will be a noir tale focused on Batman being the world's greatest detective.
5) It will feature a rogues gallery of villains including Penguin (yay) and Catwoman.
6) Not many people are happy at this casting choice.

Throughout casting history, nerds have been the worst group of people to please. For some reason, a lot of our community seem to think they know better. Why, I'm not to sure, but maybe because of the deep connection we have with these fictional characters, we feel like we know them better than those suits up in the high tower. Actually, we probably DO know these characters better than them, but they're not the one's picking the actors. That's what 'CASTING' is all about.

Casting is a seperate job unto of itself, which gets very little to no acclaim, or merit, in mainstream disussion. The finest caster (or 'CASTING DIRECTOR' as is the term) in modern times that I can think of is Sarah Halley Finn. You may know her as being responsible for casting the ENTIRE MCU. 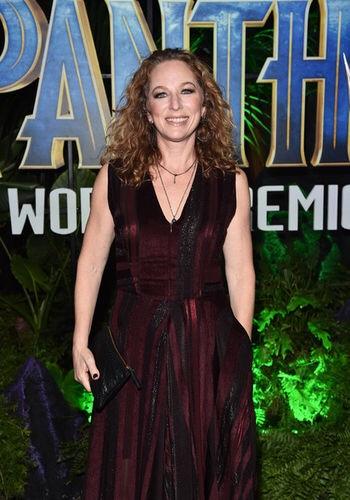 She has cast in every MCU film APART from The Incredible Hulk, which is interesting as that has literally been the only mis-step where a casting didn't work out. Okay, Terrance Howard too, but she replaced him with Don Cheadle and I see that as an absolute win!

The thing is, a lot of time, effort and thought go into casting, so it might be easy to brush an actor off as being wrong for the role, but you're probably doing it for subjective/biased/incorrect reasons. Think about it, left to the public vote we've had boats named BOATY McBOATFACE, Pop Artists forced to perform gigs in North Korea, and if it had been up to the general public, this is probably the Doctor Strange we would have gotten: 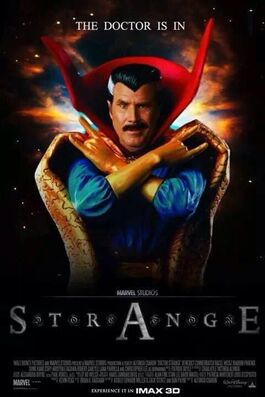 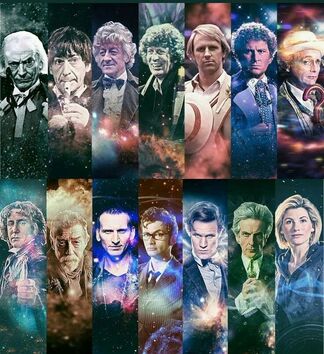 For those somehow unfamiliar with the character. The 'Doctor' is an alien time traveller who has a trick up his/her sleeve when it comes to avoiding death. You see, during the 60's the BBC cast William Hartnell as the Doctor but due to various reasons, William decided to leave the role in 1966. The show didn't want to end, so they made up that the Doctor can 'regenerate' himself when he's at the point of death. This changes how he looks on the outside, and his personality and demeanor too. Whilst this was a fantastic, pivotal idea for the series, and would go to being the keystone to the show's longevity, this caused an uproar amongst fans of the show. See William was quite a serious actor, as was his portrayal of the Doctor, so to go from that to Patrick Troughton's whimsical "cosmic hobo" was quite jarring for fans. Whilst the BBC mostly ignored the event (newspaper reviews and articles wrote about the show keeping the same writers, directors, and how good the daleks were), fans didn't. One letter, now notorious amongst Doctor Who fans, stated:

"What have you done to BBC1's Doctor Who? Of all the stupid nonsense! Why turn a wonderful series into what looked like Coco the Clown? I think you will find thousands of children will not now be watching Doctor Who, which up to now has been the tops."

In fact this pattern of slamming the show, then being completey wrong about the casting happens EVERY damn time they re-cast. The loudest these nerds seemed to shout recently was when the show finally cast a female as the Doctor. Because it's unrealistic that a time-travelling, 2000 year old alien, that has the ability to completely re-write it's body at an atomic level, would change gender. But that's a whole different blog... 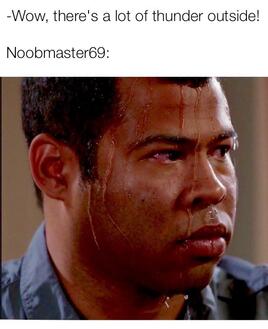 Closer to home, let's look at Batman's nemesis, the Joker! Heath Ledger had to fill the impossible clown shoes that Jack Nicholson left after his performance in 1989. Nearly 20 years later and the only person who had come close to matching Jack was Mark Hamill and his amazing voice acting abilities on The Animated Series. Twitter may have just been a hatchling at this point but it was a couldron of negative energy directed at the casting of a guy whom I only knew as the handsome dude from 'A Knight's Tale'. I must admit that I thought it was an odd choice, however I didn't descend into the hate that was typed out in the run up to a film that is now considered the greatest Batman film of all time AND one of the greatest films of all time. End of. I could quote a lot of trash talk here but I think this one sums up what a lot of people felt at the time;

"Honestly, this is the biggest load of bollocks I've heard in a long time. Heath Ledger is not Joker material, simply put he does not have the mentality of it. All of these comic book movies really don't follow suit with how they should be portrayed. Batman is DARK, people die and a lot of the killing is done by the Joker."
- NOOBMASTER69

In truth, Heath would go on to give the performance of his career and push himself to a very dark place, one that would unfortunately see him doing what NOOBMASTER69 thought Heath was incapable of.  He killed himself in January 2008 by accidental intoxidation of prescription drugs. His performance then ascended to a legendary status, shadowing the Dark Knight himself, and bagging himself an OSCAR for it, AFTER he had died! You would think that this tale would shut people up from getting angry at casting choices but no, we don't know when to shut up. Even yours truly here.

Ben Affleck as Batman was the stupidest choice I had heard of in a long time. I was pretty vocal about it at the time. A lot of people were. Fair play to myself, I just knew him as that guy who screws girls in the back of a Volkswagen in 'Mallrats' and nothing deeper than that. I think I'd seen him in Gone Girl, but that didn't really show me any shades of Bruce Wayne. Flash forward to the debut of TALK NERDY TO ME, and our first livestream reviewing BATMAN v SUPERMAN, and whilst we didn't truly enjoy the film there was something that we all agreed on, including myself. Affleck was the bomb. Battfleck has gone on to become modern DC fans favourite portrayal of him. Whereas I would not go that far at all (in Justice League he is clearly using the same phone that Bruce Willis uses to phone in all his performances now), he is etched into hardcore DC fanboys ideals of the perfect Batman, and he is also why they cannot see Robert Pattinson filling the role. He isn't Ben Affleck. Which, when you think about it, is extremely ironic seeing as they probably were one of the MANY people in this world that doubted Ben Affleck in the first place.

It seems that as long as a medium exists for people to complain, people will. I, personally, will wait until I see the film before I begin bashing him, or anyone for that matter. Actors are amazing at what they do, as are casting directors. Most bad performances/bad casting is down to bad directorial choices, or those men in the hight tower that I spoke about before, getting involved. And yeah, sometimes Hollywood gets it wrong. Look at Halle Berry as Catwo-....actually, just look at Halle Berry.

​I think what I'm trying to say is we should give all actors a chance to show why they've been chosen and just shut the fuck up until we see the final product before becoming a cinema snob. I'm actually excited that we're getting a new Batman, and that the Batman movie franchise sounds like it has some direction now. It's mad that we are in a modern cinematic age of superheroes and we haven't had a Batman movie since Christopher Nolan's trilogy. So as far as I'm concerned, I see this as an absolute win. I'm excited for Robert Pattinson to be the Dark Knight.

As long as he doesn't 'sparkle' in the sunlight.