CANCELLING BATGIRL
(A LIFETIME OF MISTAKES)

If you had told me last month DC were going to fuck and kill Batgirl worse than they did in the Killing Joke animated film, I'd have...well, not been that shocked. Over the many years I've been doing this, we've spoken about DC a lot. In fact our first ever piece of content was our LIVESTREAM REVIEW of Batman V Superman, a debut we planned to do as we wanted to start off on a strong foot. Oh, how naïve we were...

Since then that film has set the precedent for our takes on DC pretty well. We always cautiously go in and really have no idea how we're going to feel coming out the other side, often coming out of them quite divisively, many podcasts and vlogs have been spent in heated discussion whether something from DC was actually good or not. And if you think that means we're DC haters then your view is as blinkered as a Snyder Fanboy. You see, we're critical because we hold DC to a high regard. For the majority of us (Hagrid being the exception as he is literally 12 years old) DC were the first company to make their heroes mainstream and accessible for our childhood eyes. For me personally, it was the Christopher Reeves SUPERMAN films. Now I may not be a hardcore SUPERMAN fan but he was the gateway for my love of Batman and the Tim Burton films, and the rest is history.

Fast forward and I talk about DC whenever I get a chance. In-between the constant churning of STAR WARS and MARVEL projects being released there's plenty of DC content for me to consume, enjoy and talk about; PEACEMAKER, WONDER WOMAN, THE SUICIDE SQUAD etc. But with the highs come the lows JUSTICE LEAGUE, WONDER WOMAN 84, SUICIDE SQUAD etc. And whilst talking about all these projects there remains one thread of subject matter. One persistent conversation that never seems to end; What the FUCK are DC doing?

DC are never shy from making insane fucking announcements, letting you down and making more U-Turns than a Tory government.

Over the past 15 years DC have: 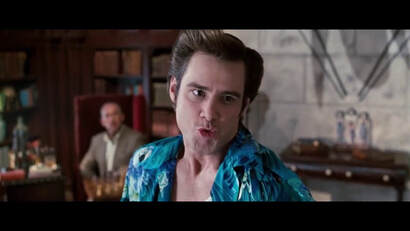 CANCELLED Justice League Mortal days before it was to be filmed.
INTRODUCED the entire Justice League in Batman V Superman and started the DCEU.
ANNOUNCED 7 years worth of films/projects including a Justice League part 1 and part 2, The Flash, a solo Cyborg Film, and a Green Lantern Corps film.
RESHOT many parts of Suicide Squad because of the negative feedback Batman V Superman got. Both actors and Director claim finished film isn't what they originally filmed and is missing hours of footage.
CONDENSED the upcoming 2 part Justice League film into 1 film.
LAUNCHED DC streaming service 'DC UNIVERSE' in USA only. Containing only DC based content, and pulling most of their films and TV shows from current, more popular, streaming services.
ANNOUNCED exclusive shows to streaming service like TITANS, STARGIRL, DOOM PATROL, and SWAMP THING, but confirms none are set in the DCEU.
RESCHEDULED The Flash film back 2 years.
CANCELLED Swamp Thing after 1 season before it even airs. It releases to positive reviews from critics and viewers alike. DC does nothing to revive show.
RELEASED an uncut version of Suicide Squad still missing hours of shot footage.
RELEASED animated Killing Joke film with a mini film at the beginning that has nothing to do with the original graphic novel and has Batman have sex with Batgirl for no reason.
HIRED Joss Whedon to finish Zack Snyder's Justice League. Ended it with a scene containing Lex and Deathstroke teasing a sequel.
DENIED any claims that a cut of Snyder's film exists.
DENIED that Ray Fisher (Cyborg) was bullied or verbally abused on the set of Justice League.
SCRAPPED the Cyborg film.
ANNOUNCED Deathstroke film.
ANNOUNCED no plans to work with Henry Caville (Superman) in the future. Superman ends up appearing in multiple future projects but always with his face out of shot.
SCRAPPED 'DC UNIVERSE' channel after 3 years.
CHANGED the Green Lantern Corps film into being a TV show instead.
HIRED Ben Affleck to write his own Batman film titled 'The Batman' to lead on from the events of Justice League.
ANNOUNCED no plans to continue Justice League.
ANNOUNCED more films including a Harley Quinn solo film, a Harley + Joker film and a Batgirl film.
ANNOUNCED a new film set outside the DCEU that would be an origin story of The Joker.
ANNOUNCED that Ben Affleck has left 'The Batman' project.
RESCHEDULED Green Lantern Corps TV show back 2 years.
SCRAPPED Deathstroke film.
CANCELLED Harley + Joker film.
ANNOUNCED Blue Beetle, Wonder Twins, and Black Canary TV/film projects.
ADMITTED The Snyder Cut exists, and pay for it to be finished with no plans to continue the story after its released.
ANNOUNCED that 'The Batman' was to go ahead but not be set in the DCEU.
RESCHEDULED Batgirl back 2 years.
CANCELLED Wonder Twins project.
RESCHEDULED Blue Beetle back 2 years.
ANNOUNCED Michael Keaton will return to appear in 'Batgirl' and 'The Flash'.
STOPPED working with the world's leading distributor of comics, and started distributing their comics through a less reliable distributor.
CONTINUED to work with Ezra Miller after multiple arrests and they literally go on the run.
CANCELLED many solo comic titles to focus more on Batman-centric titles.
RESCHEDULED The Flash back 2 more years.
ANNOUNCED a Supergirl film.
REFUSED to acknowledge if there are any plans for the Black Adam films and Shazam! films to be linked.
ANNOUNCED Joker 2 is to be a musical.

And that's just what I can remember! I'm not even including all the CW stuff. However, we now have 1 more to add to the list.

Of all the insane, batshit, stupid, backwards clown shoes decisions DC have made, this is probably one of the worst. And what's terrible is I'm not even that shocked.


Truth be told, we all knew something was going to happen with DC's DCEU soon anyway. The big theorywe all had was that 'The Flash' film was going to reset the DCEU. Kind of like what they did with their animated universe (unfamiliar with that too? Yeah, still not shocked), the big rumour was that DC was then going to scrap universes altogether and focus on solo films like they did pre-MCU. 'The Batman' & 'The Joker' being the biggest indicators of that. Why try and create a universe when you can just put all your time and effort into making consistent, great films that tell unforgettable stories? No worrying how 'this' links into 'that' or trying to set up the next one. DC have also been very bat-centric in the comics and they probably would want to mirror that on the screen too. Batman is a more reliable and known product than, say, 'The Wonder Twins'.

DC's biggest problem has been their blind journey. They have been sailing in a sea of confusion for years. Firing out ideas, announcements and content left, right and center, in all directions whilst peddling the idea that there is a common thread and direction for the company. Because of this lack of clarity and following through in what they say, people have no faith. Why get invested in a franchise or character that may get axed before they've even debuted on screen? Instead they lose out to Marvel, even though Marvel are borderline copying them. All of the MCU on a streaming service, with exclusive shows? Live action Spider-verse? DC did it first.
And there's others. But because DC has the concentration of a kid with ADHD in a washing machine set to RAPID CLEAN, this all gets executed poorly, and no one wants to deal with it.
But Batgirl getting canned is worrying from both an artistic and business perspective.

I have mulled over whether to type about the reasons (both given and not given) for this decision. I've found everything from 'tax evasion' to 'it was poorly received by test audiences' but I don't think any of it matters. Test audiences mean jack shit (BLACK ADAM reportedly got the same score as BATGIRL so work that one out) and the SNYDER CUT was literally dead and buried and they found a way to revive and pour more money into that so I doubt something as simple as 'taxes' is the answer either. I've also seen some conspiracy angles that this is all marketing for the film. Look at the list above. They ain't that clever. I don't think we will know the real reason anytime soon, and really it doesn't matter because whatever angle you look at this, it reflects poorly.

Artistically DC have been brutal on some projects but this is genuinely one of the most cut-throat decisions I've seen them do and what does it tell you? To me, it means that the art means nothing to them anymore. You have a film made about one of your most beloved comic characters, you've gotten some big names involved, and you've decided at the eleventh hour to not even entertain it, nor your customers, with its release. It's insulting to everyone involved and to the fans. "But Jay, I've heard quotes from the script, and seen images and it looks awful," it may very well be but that cannot be said without absolute certainty until we see the whole product. Remember when everyone posted images of 'TITANS' before it aired? You can't judge a book by the cover, let alone an entire film from one line of dialogue you've seen.

On the other hand, as a business, ​it's not like the direction of the company was obvious beforehand but it does make DC look like they have no idea what they're doing when they pull a near complete film altogether, that then means the upcoming projects you had on your barely-a-year-old-announced-slate of releases begins looking like Jeremy Clarkson; teetering on the brink of cancellation.

The 'Supergirl' movie looks likely to be cancelled now and with that Blue Beetle, the successful CW shows seem to have been axed, and there's a lot of other projects looking up in the air. To then follow this up by claiming you have "a 10 year plan" and to open a 'DC Studios' when you have a resumé like the one I typed above, doesn't fill me with any confidence in your company AT ALL. As a consumer or as a creator. Tell me why you would sign an agreement to work with DC now after seeing how they've just treated everyone on the set of Batgirl or any other cancellations that have followed since.

I've actually had to re-type this a couple of times due to more and more stupid DC news coming out. The last one was reports that Ezra Miller has been arrested and charged...and DC STILL haven't pulled Ezra from 'The Flash' film (see how I recommended recasting THE FLASH, a few months ago, HERE), Kevin Smith has had his 'Strange Adventures' project cancelled, and whilst rumours speculate that Gal Gadot is in line to be in a few of their future projects as Wonder Woman, I can find no source to back this up other than one journalist tweeting it to another journalist.

Regardless of whether you believe they were trying to close the stable door before the horse bolted or not (a horse that has already cost them $90,000,000 at this point. Bit late innit?), you have to admit that this sucks. It makes them look very foolish, and it leaves a very bad taste in the mouth that it's 2022 and the only live action Batgirl we've had so far on the big screen is: